Eliel is one year old today! 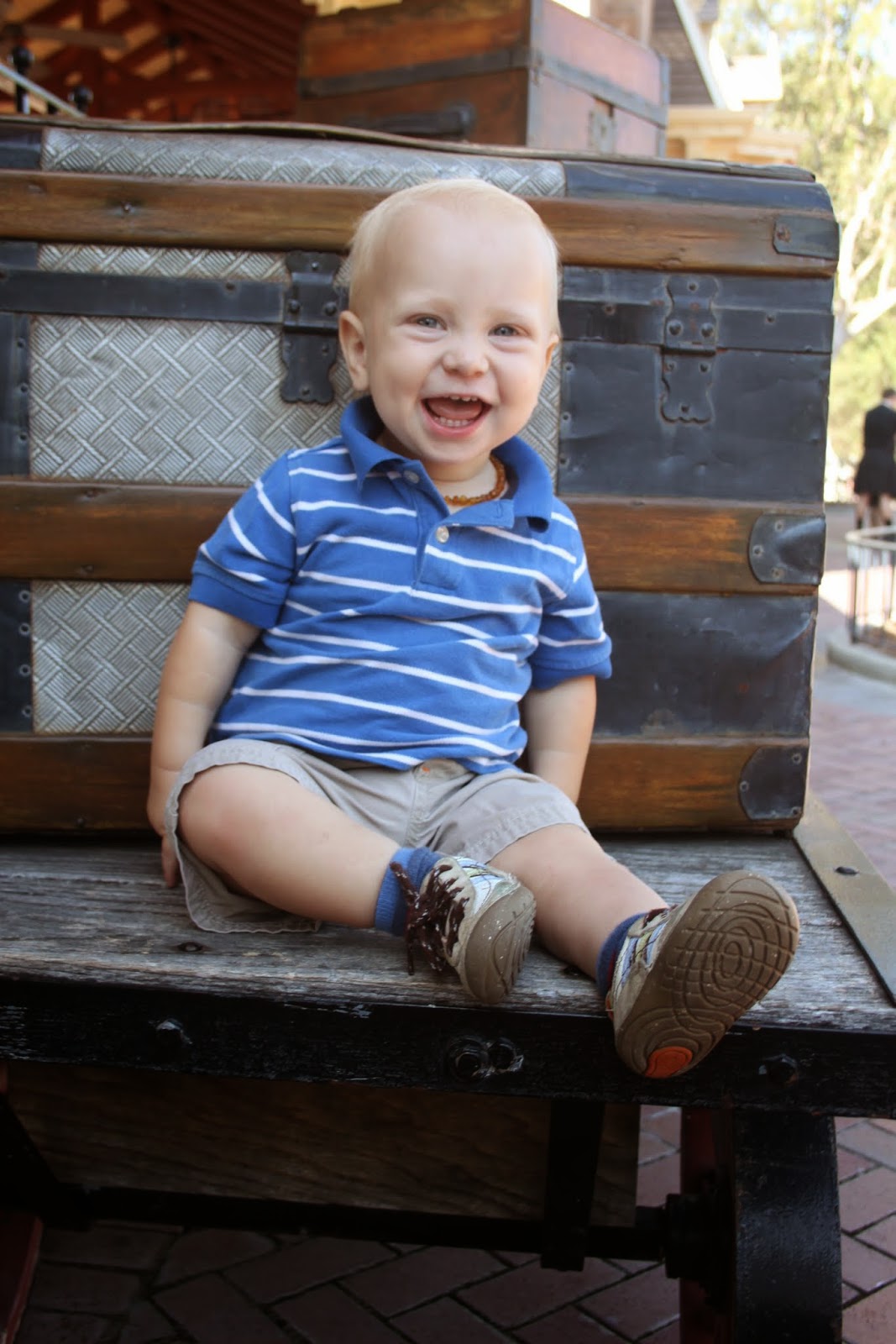 He is into knocking Mavry's block towers over, all kinds of food, playing peek a boo with play silks, standing in the water table in the front yard, going outside to chase chickens, opening and closing all drawers or cabinets that are his height, and winning people over with his toothy smile and dimple. He also climbs on Mavry's kitchen stool (trying to claim it for himself, I guess!) so there isn't much that's safe from his grasp! 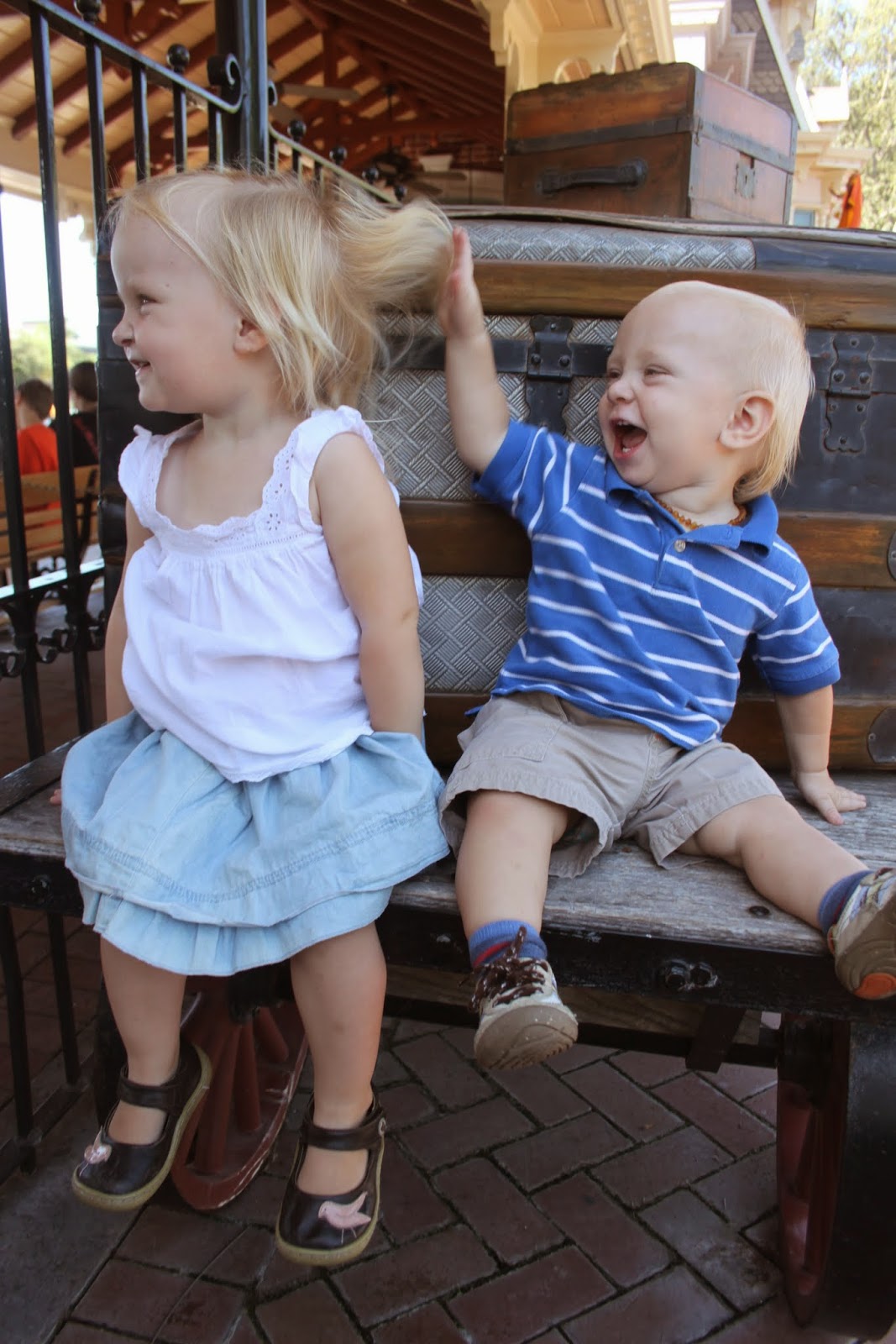 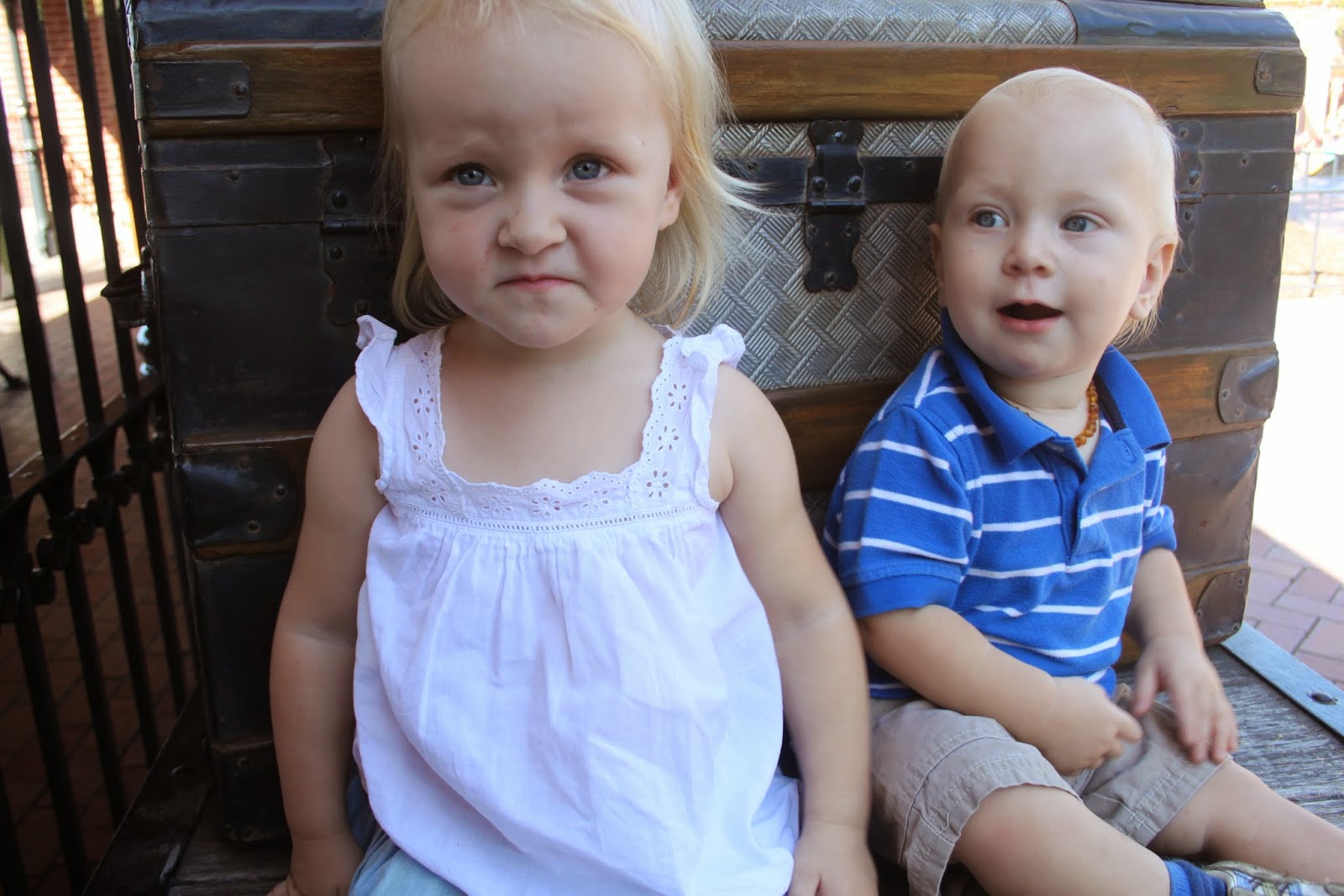 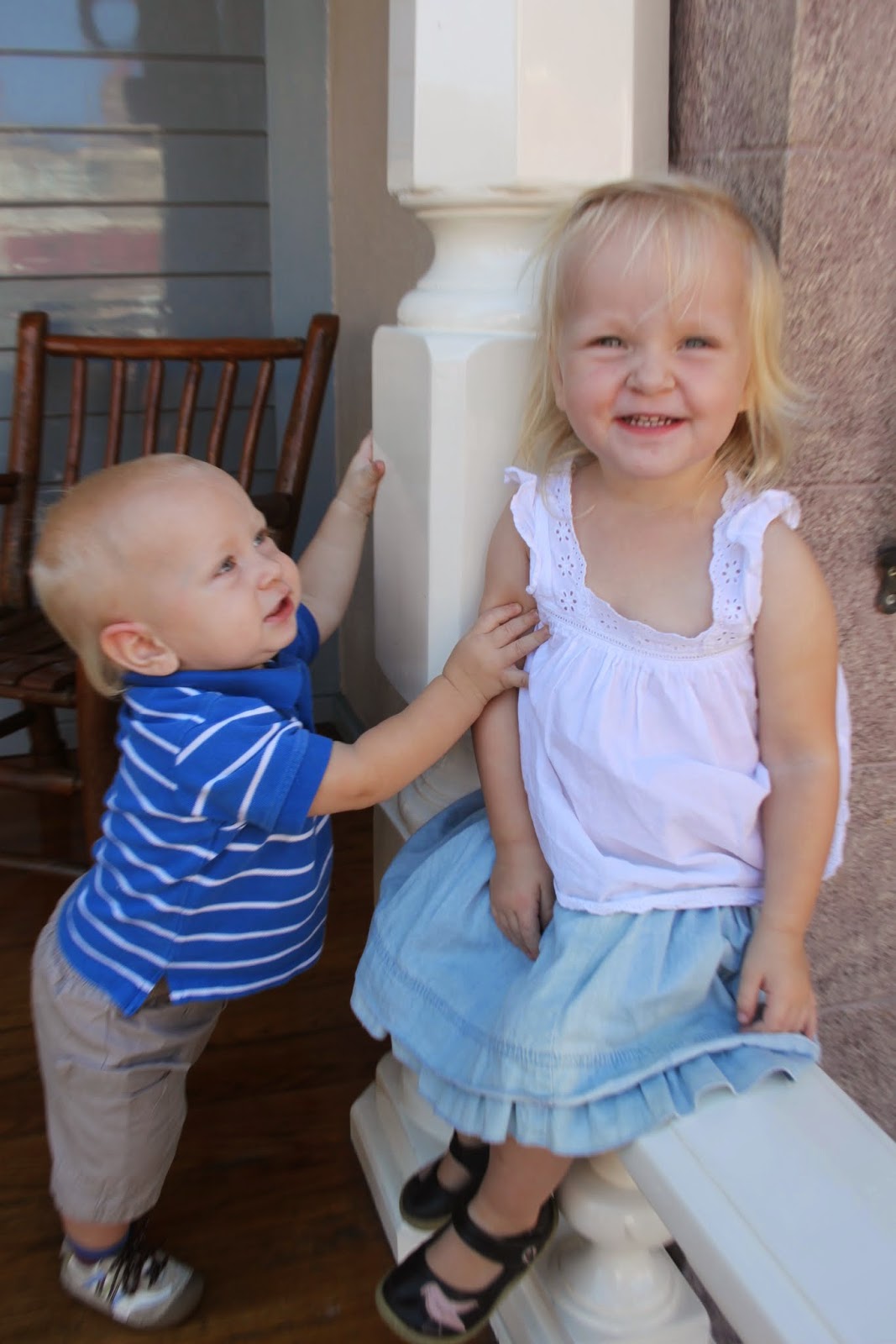 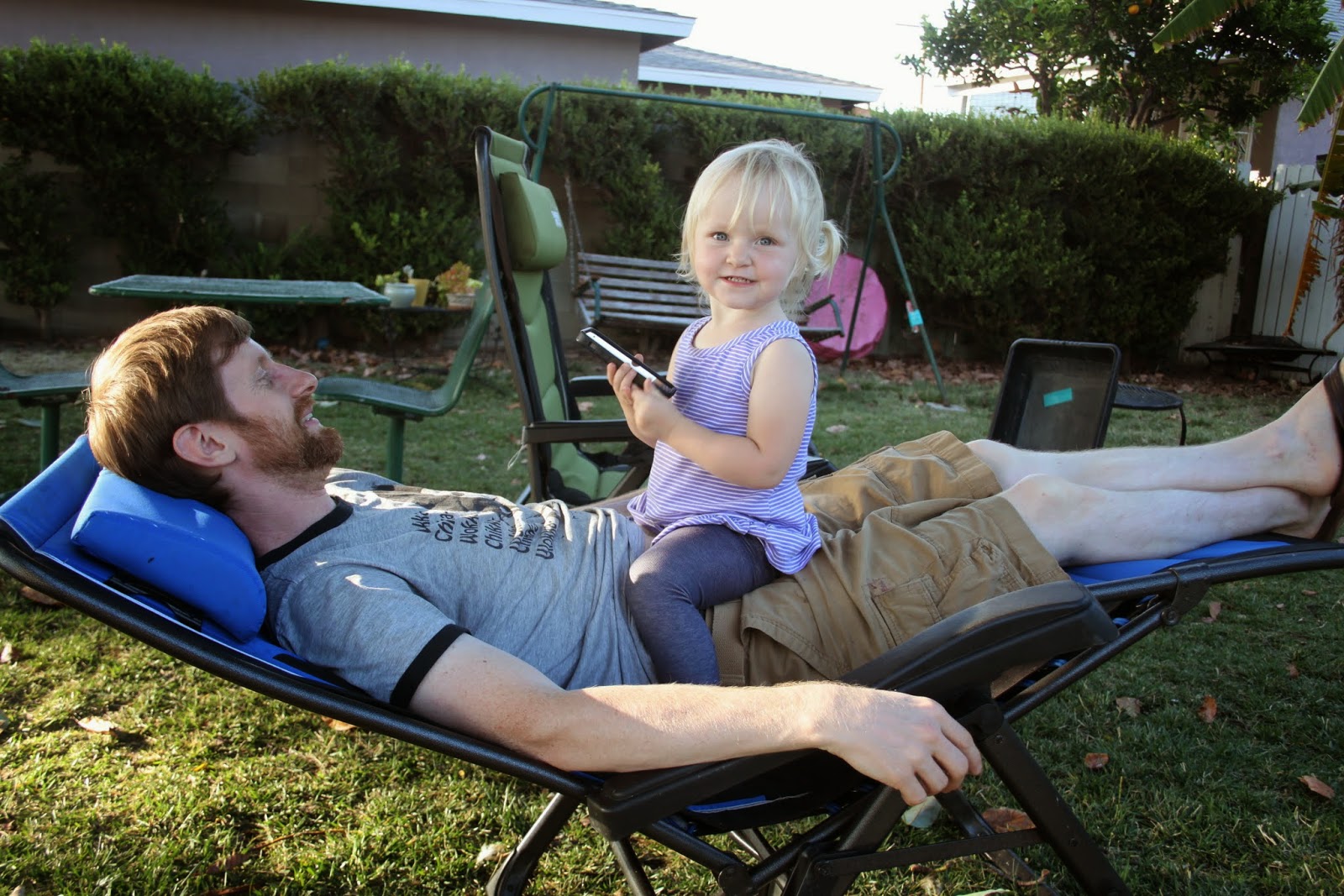 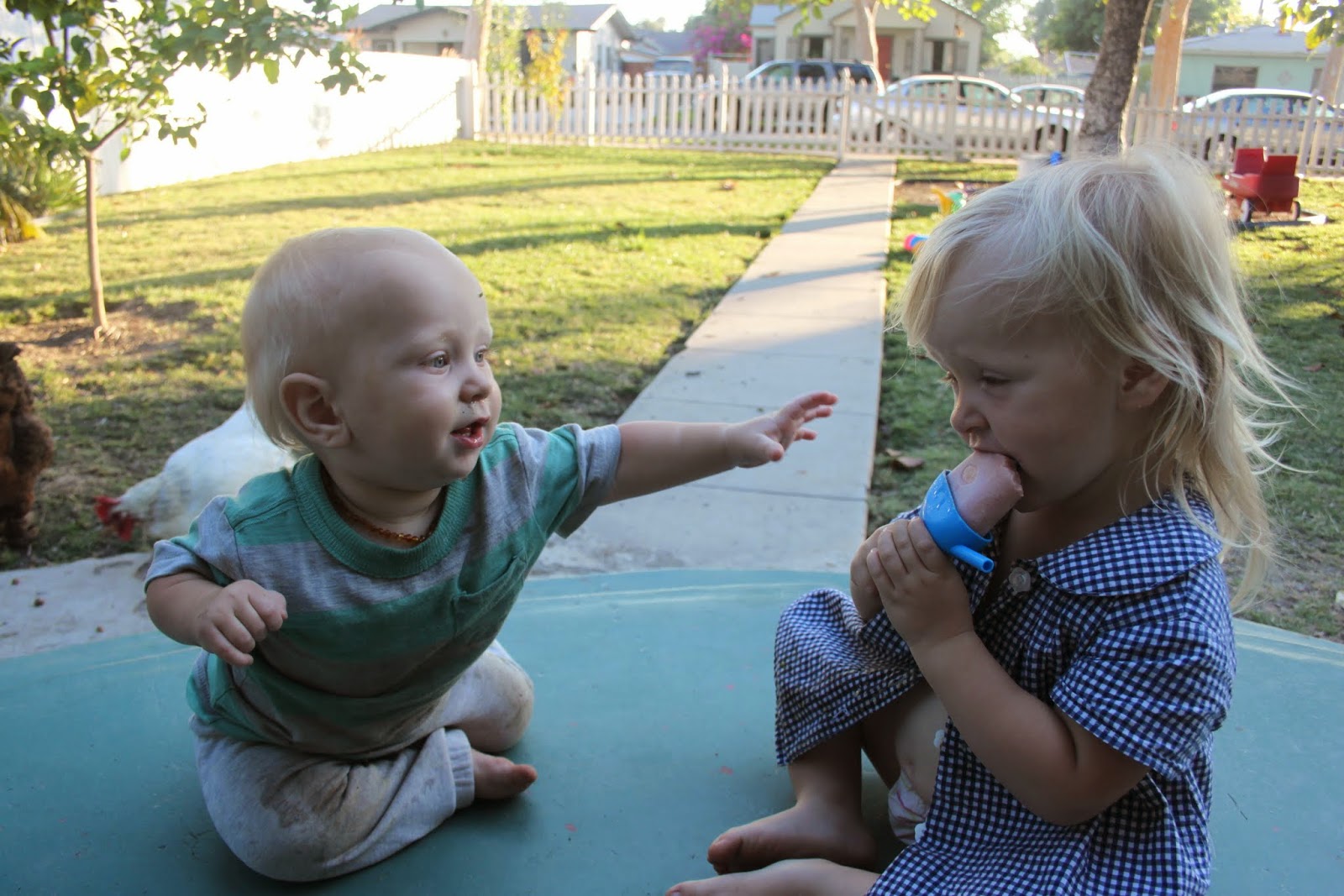 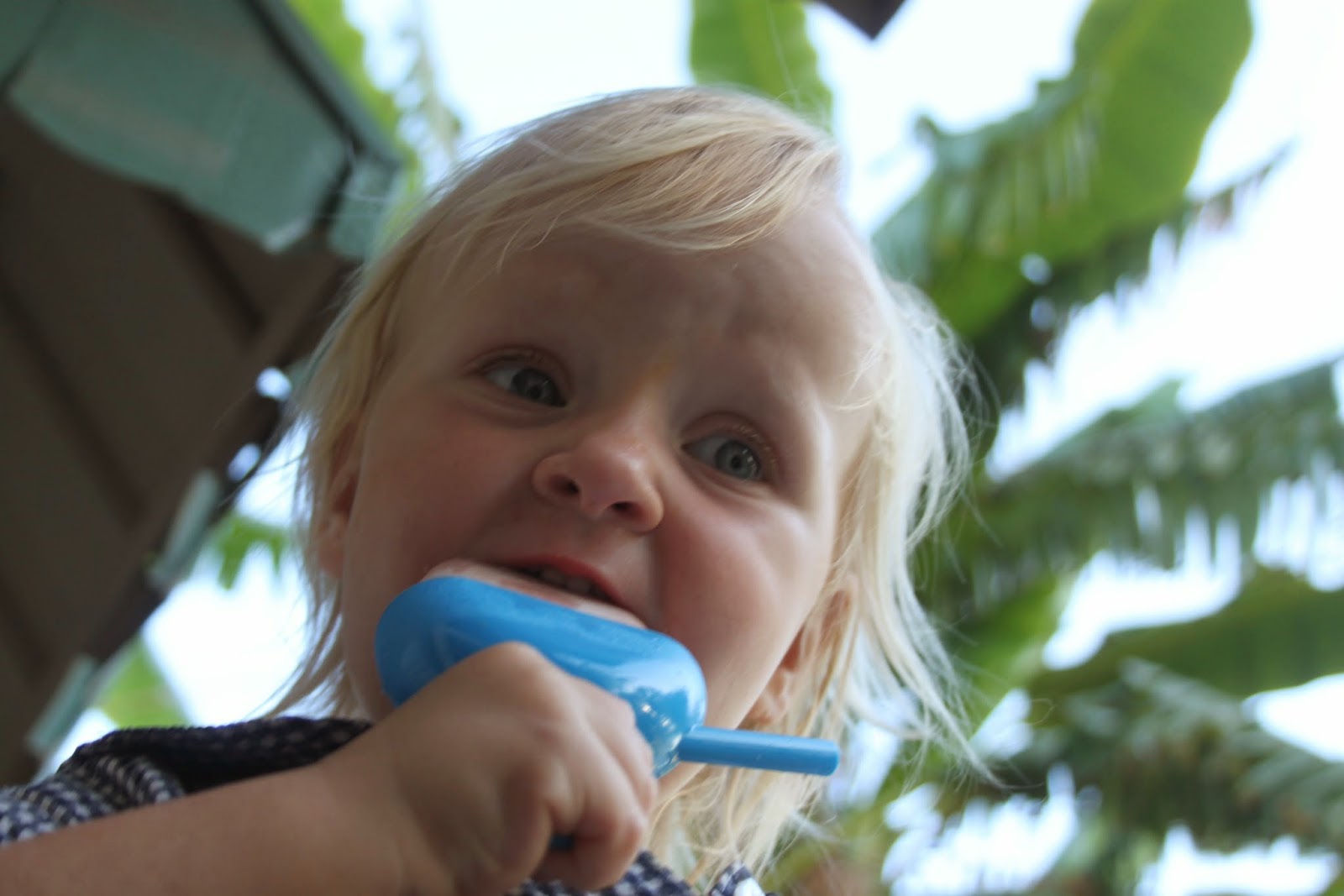 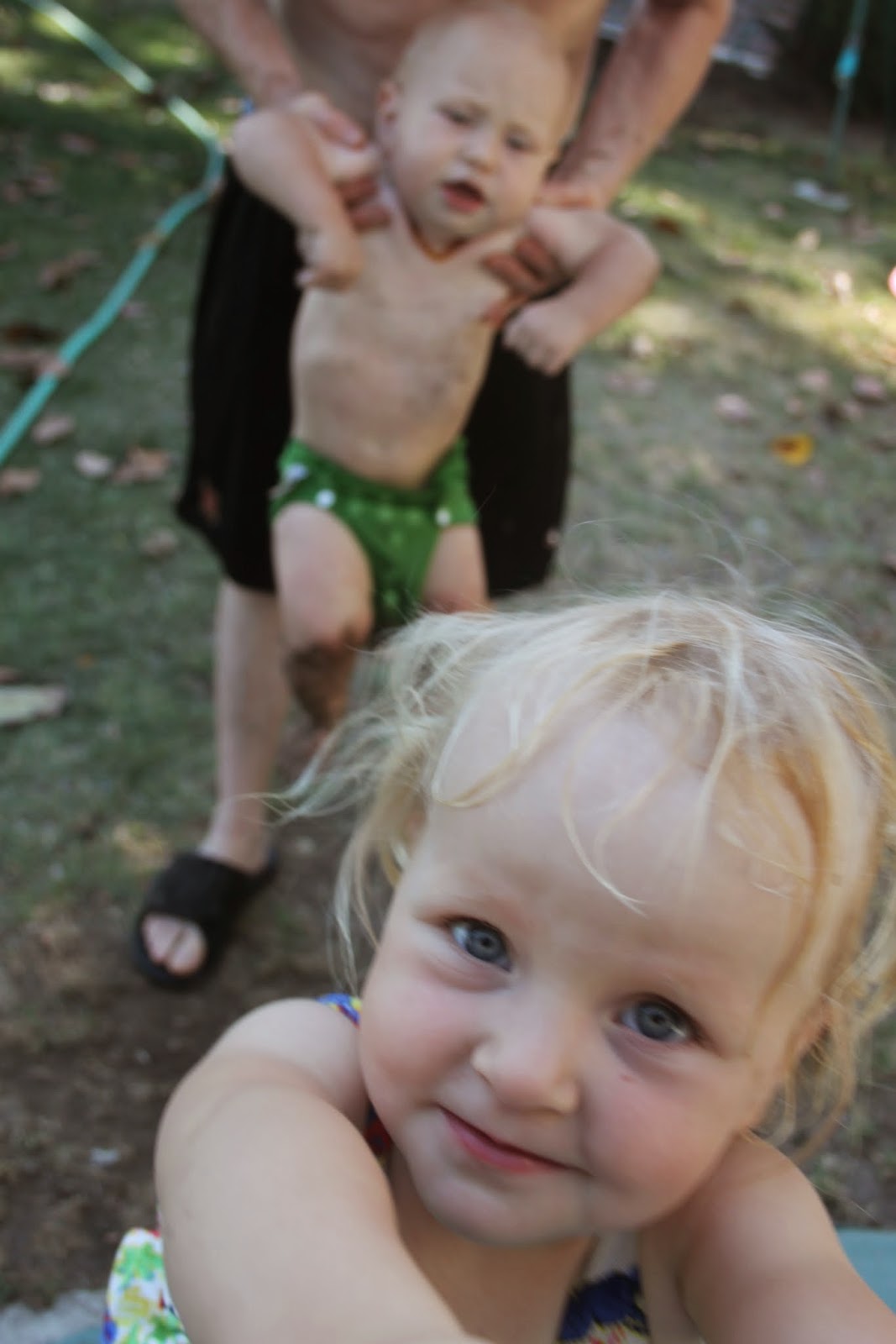 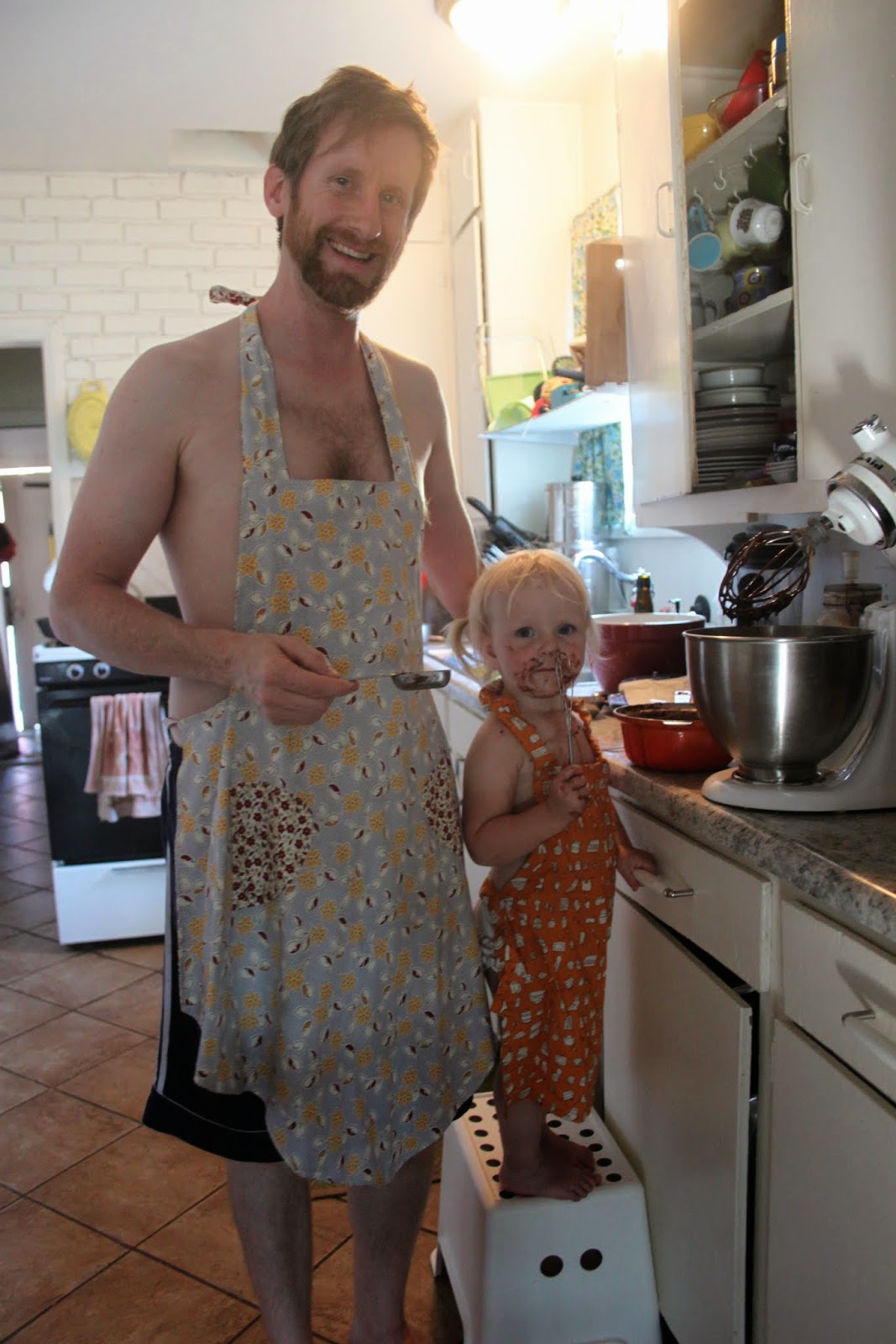 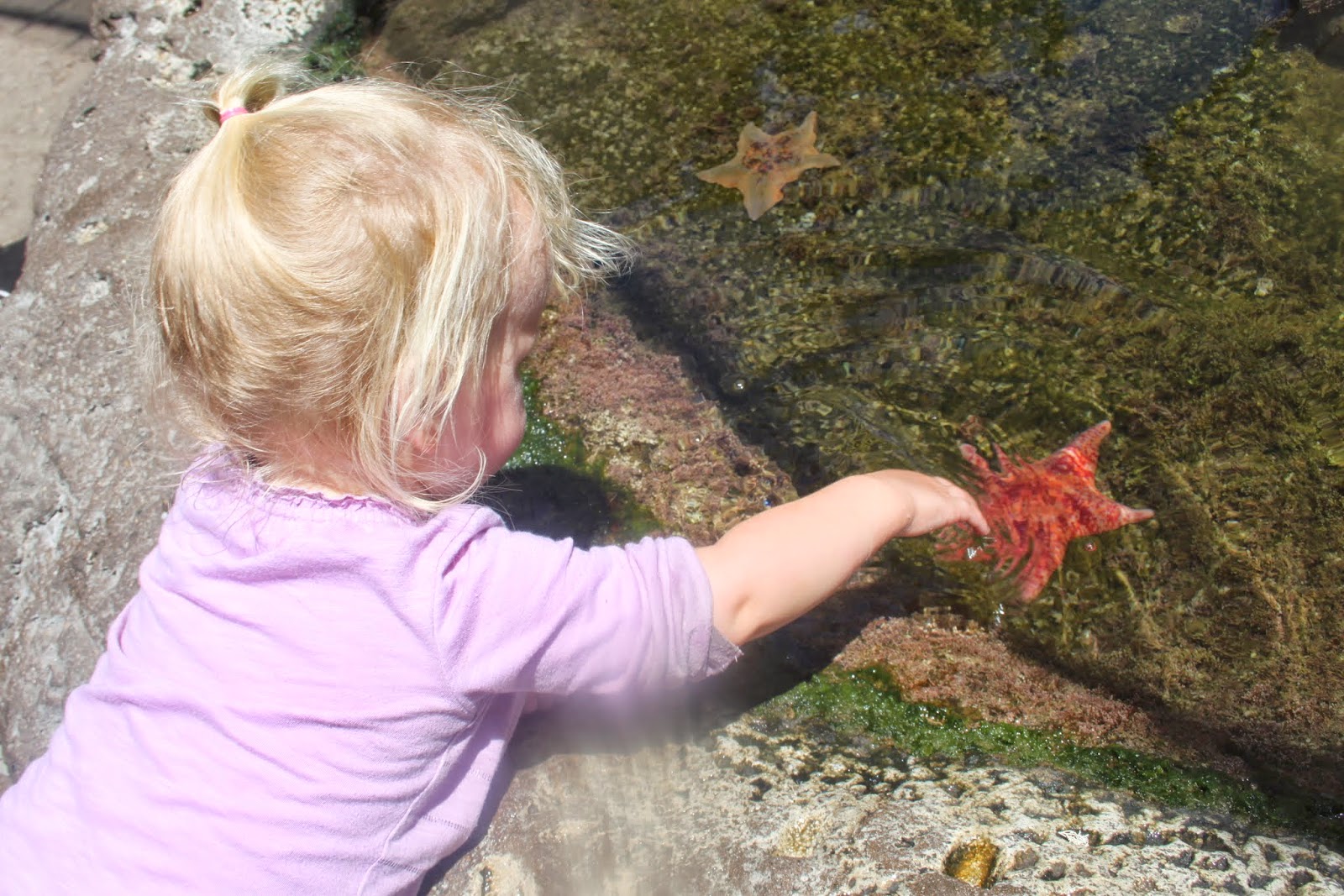 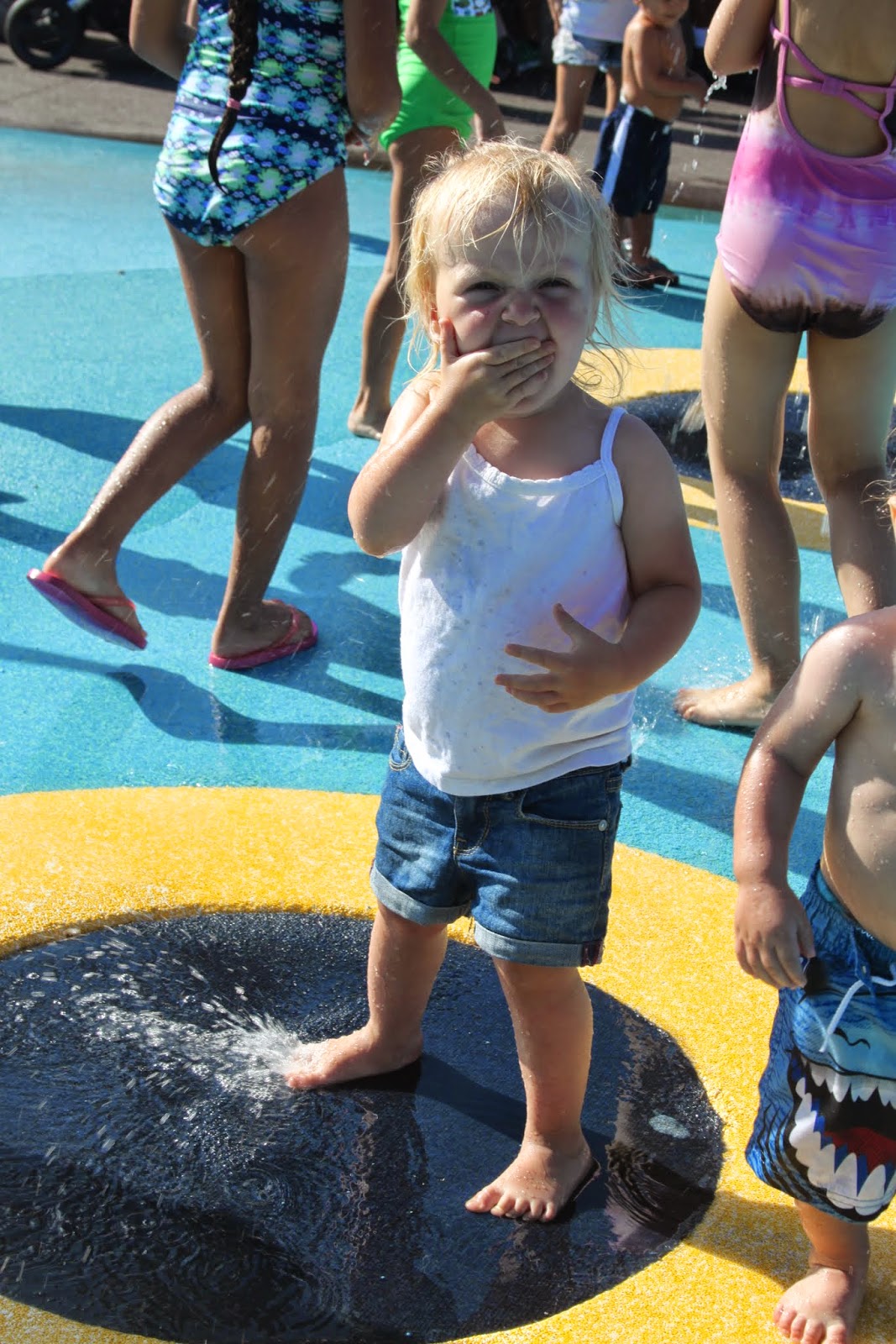 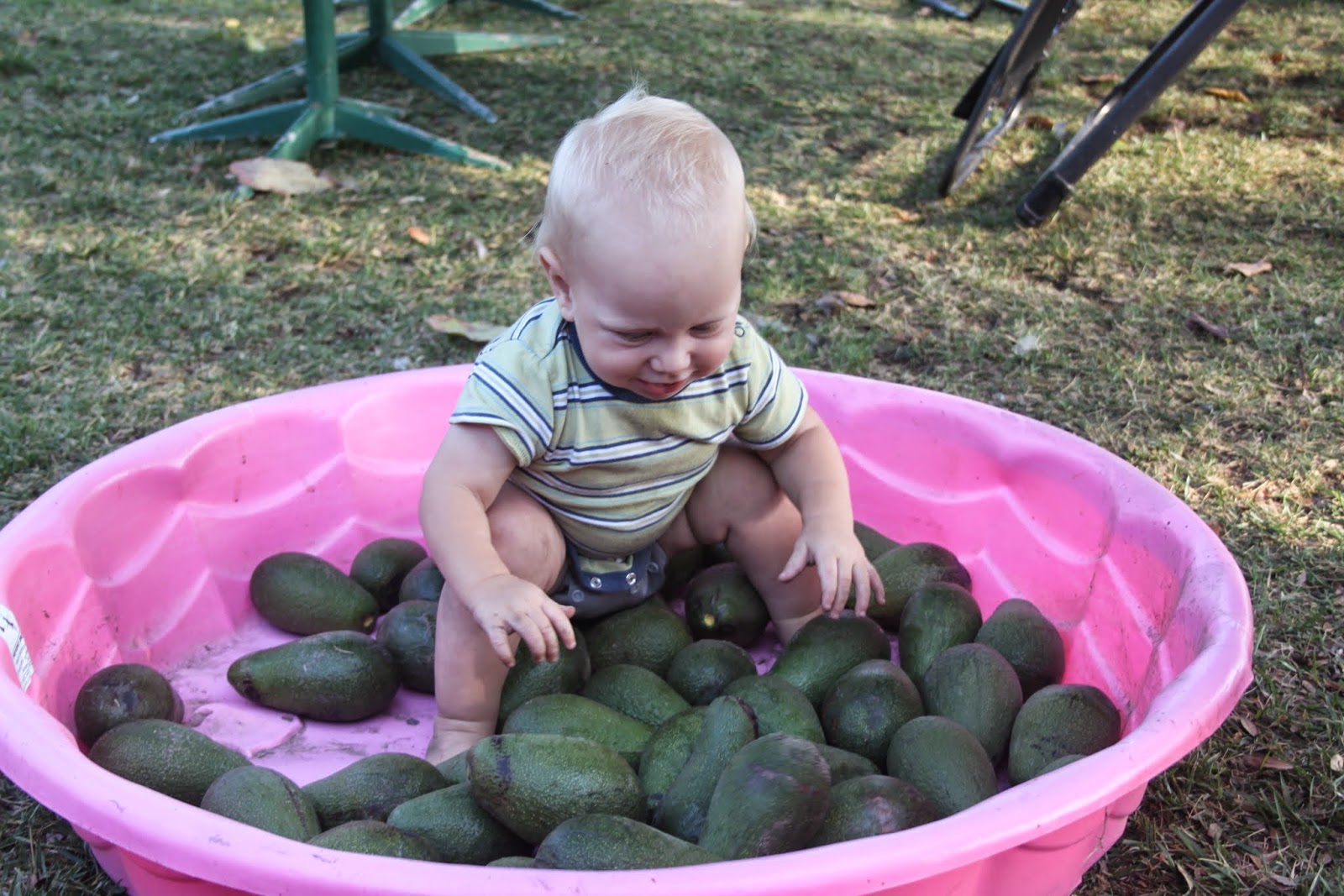 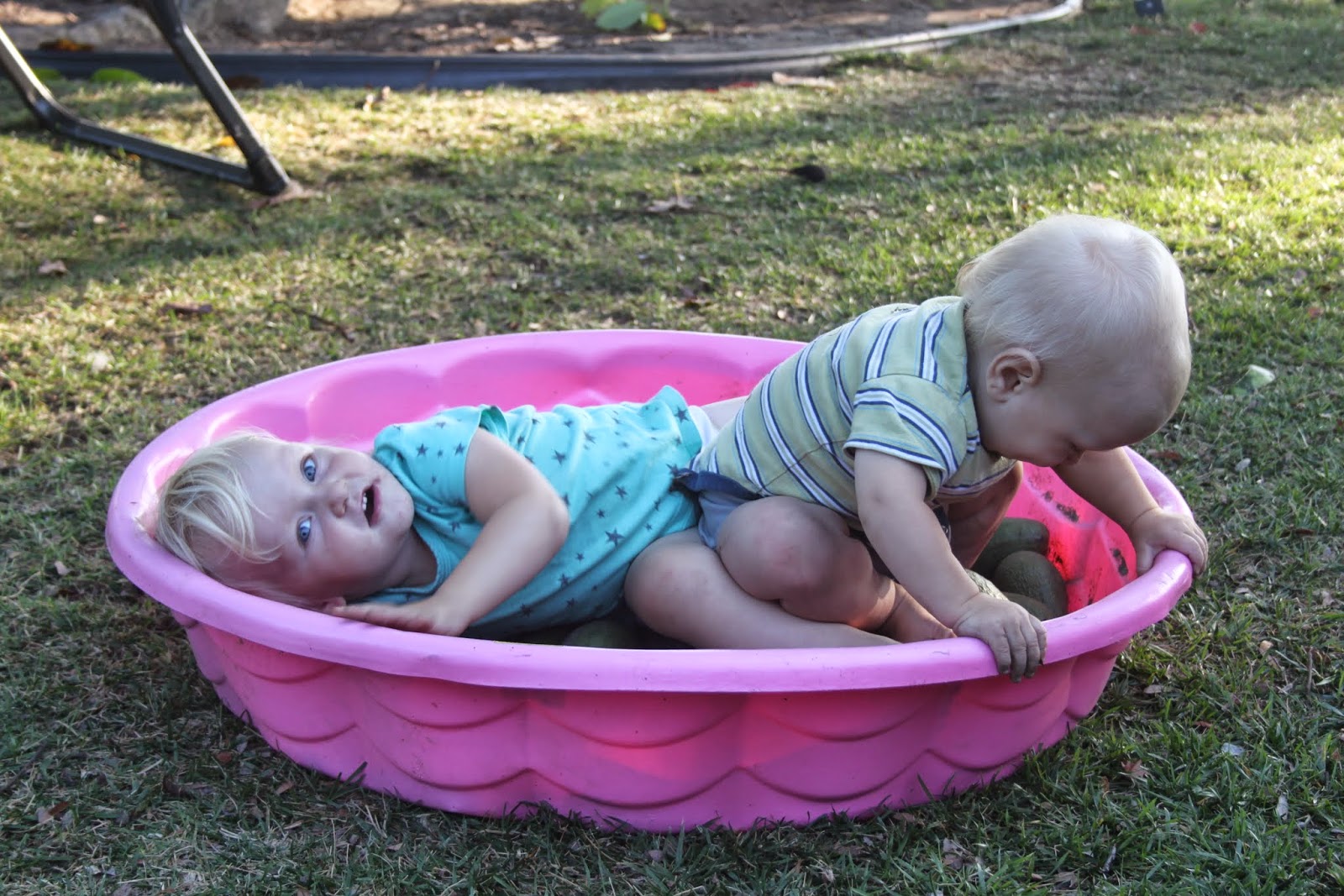 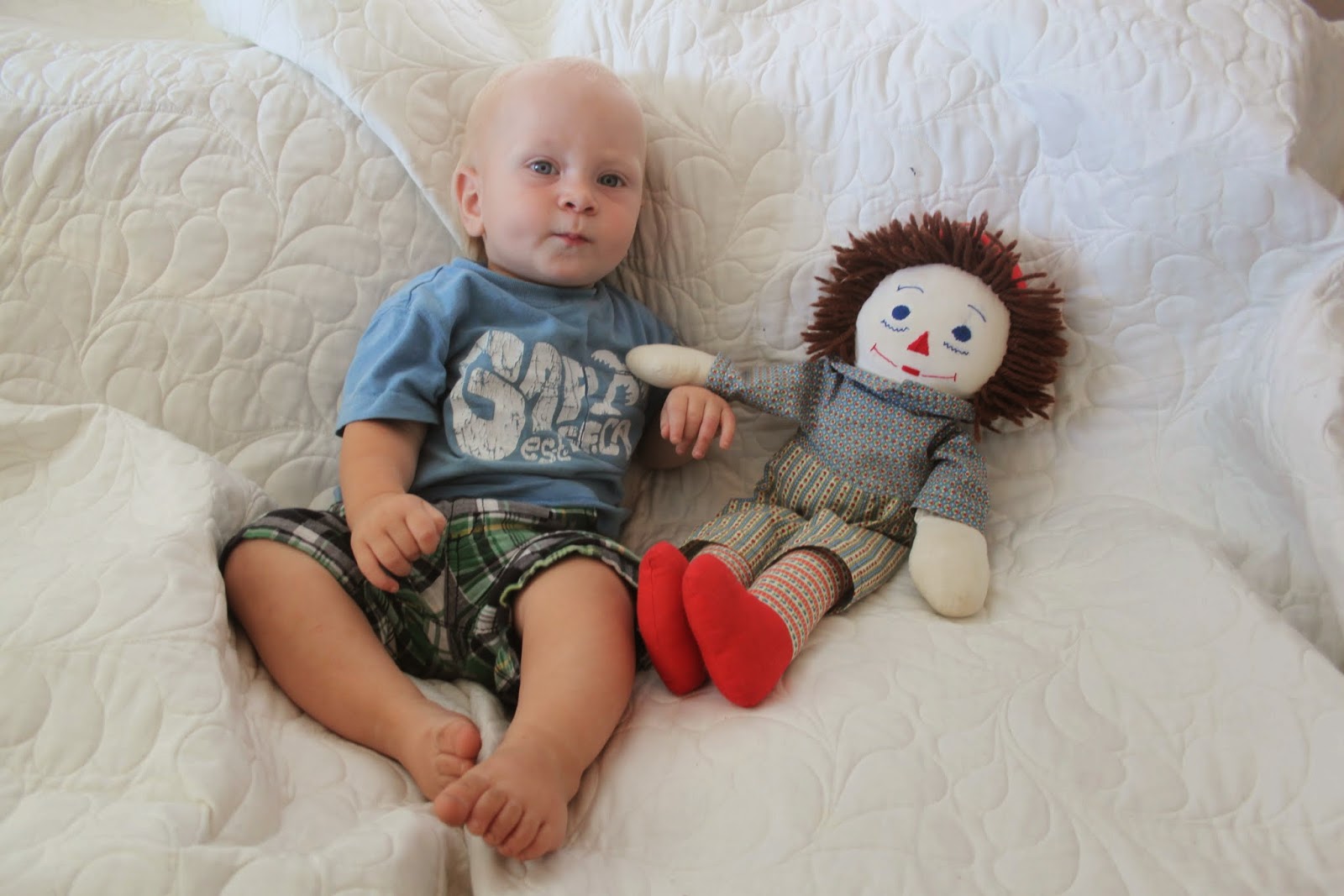 Eliel turned 11 months old on Sunday! He has been walking a little more every day and is very fond of getting into chairs and onto any kid sized table.  (This is somewhat scary since he not only stands up on the table but takes steps on it!) He has taught himself to get out our front door and down our three front steps safely.  He is fascinated by our four chickens (as are most of the neighborhood kids) and loves going outside to watch them.  He has at least three words: Mama, Dada and nana (banana) but seems much more intent on moving around than communicating right now. Instead of using words he employs various screams to tell us he is in need of something, so Colin has started some signs with him to help us get past that stage. Less than a month and we will have a one year old! 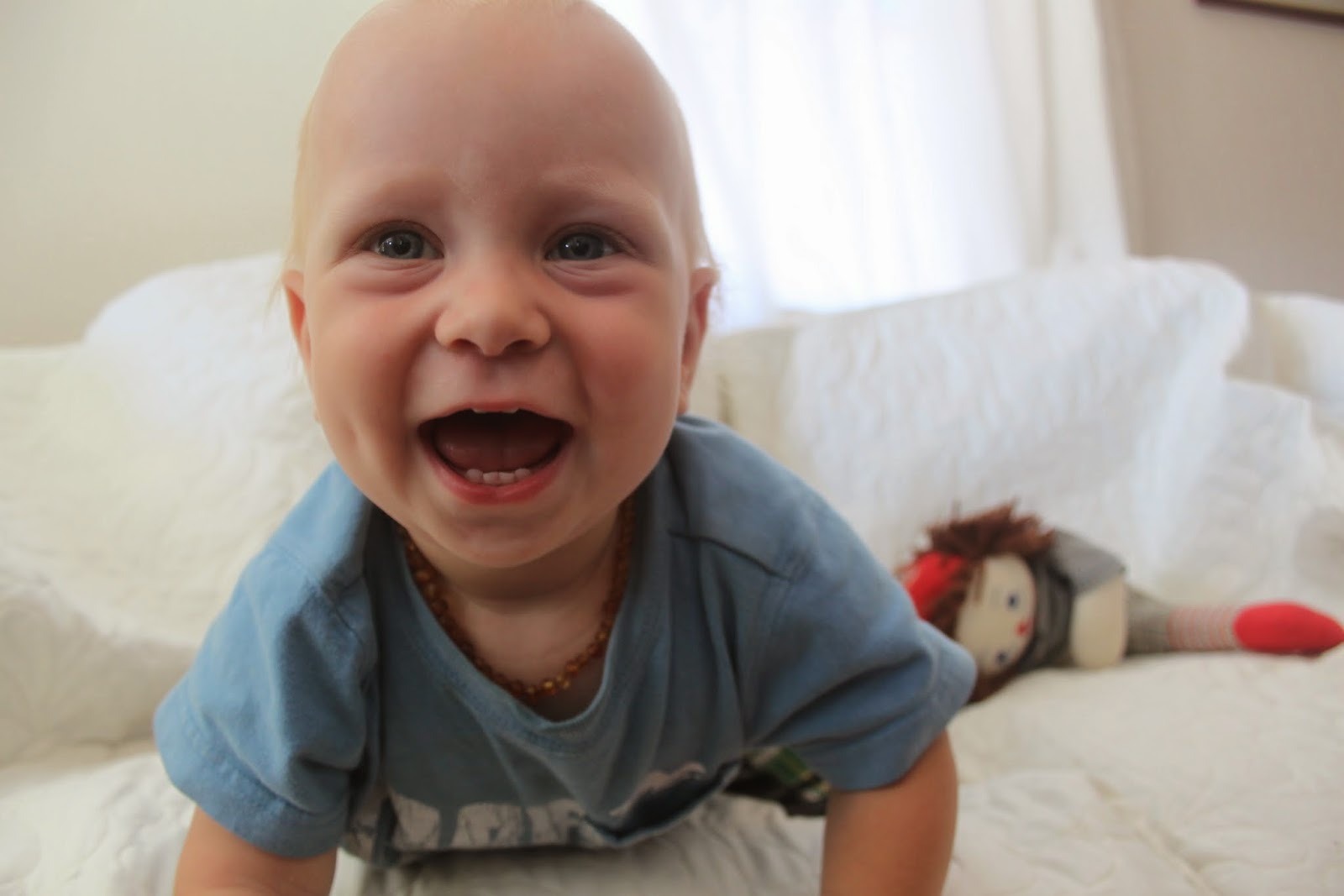 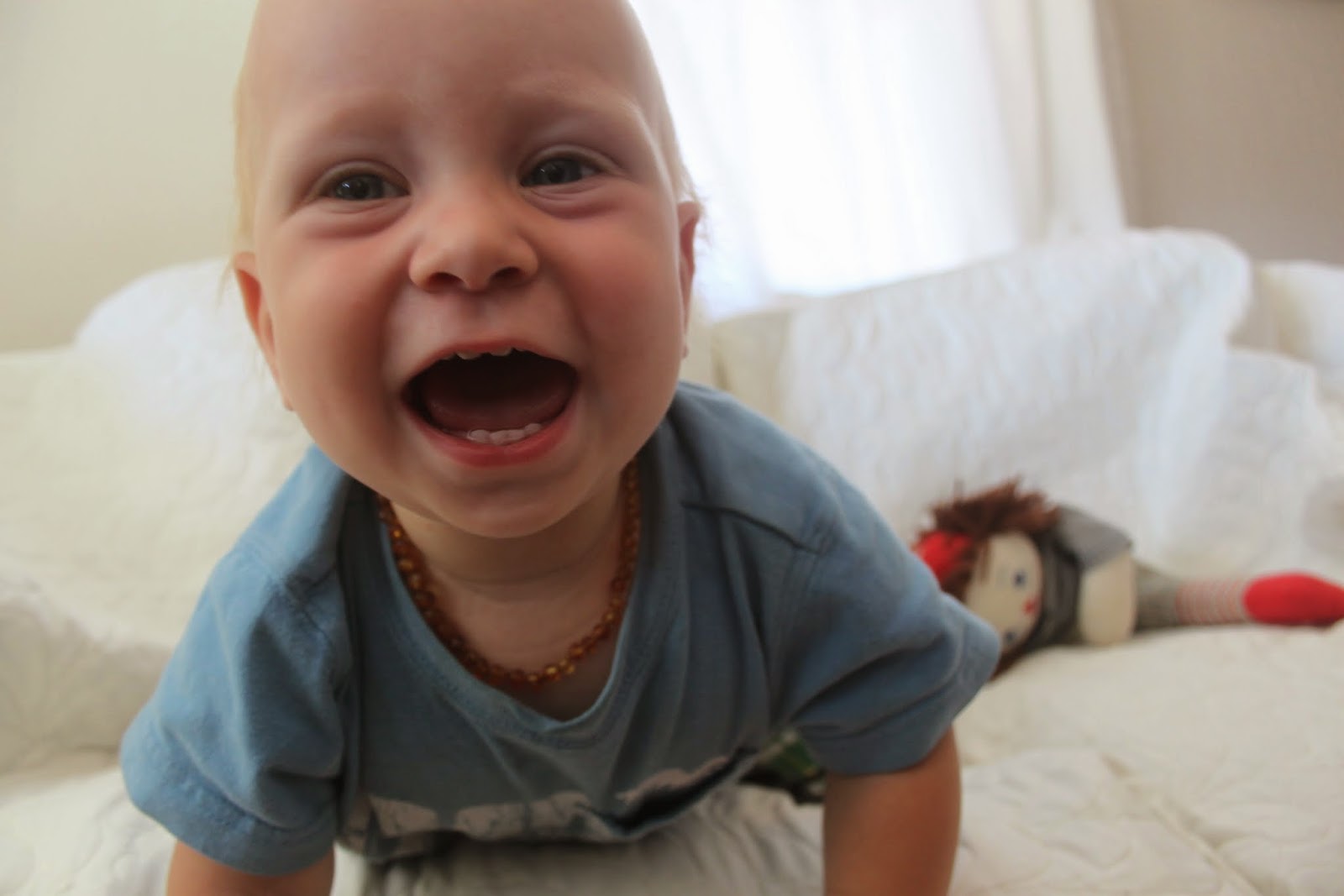 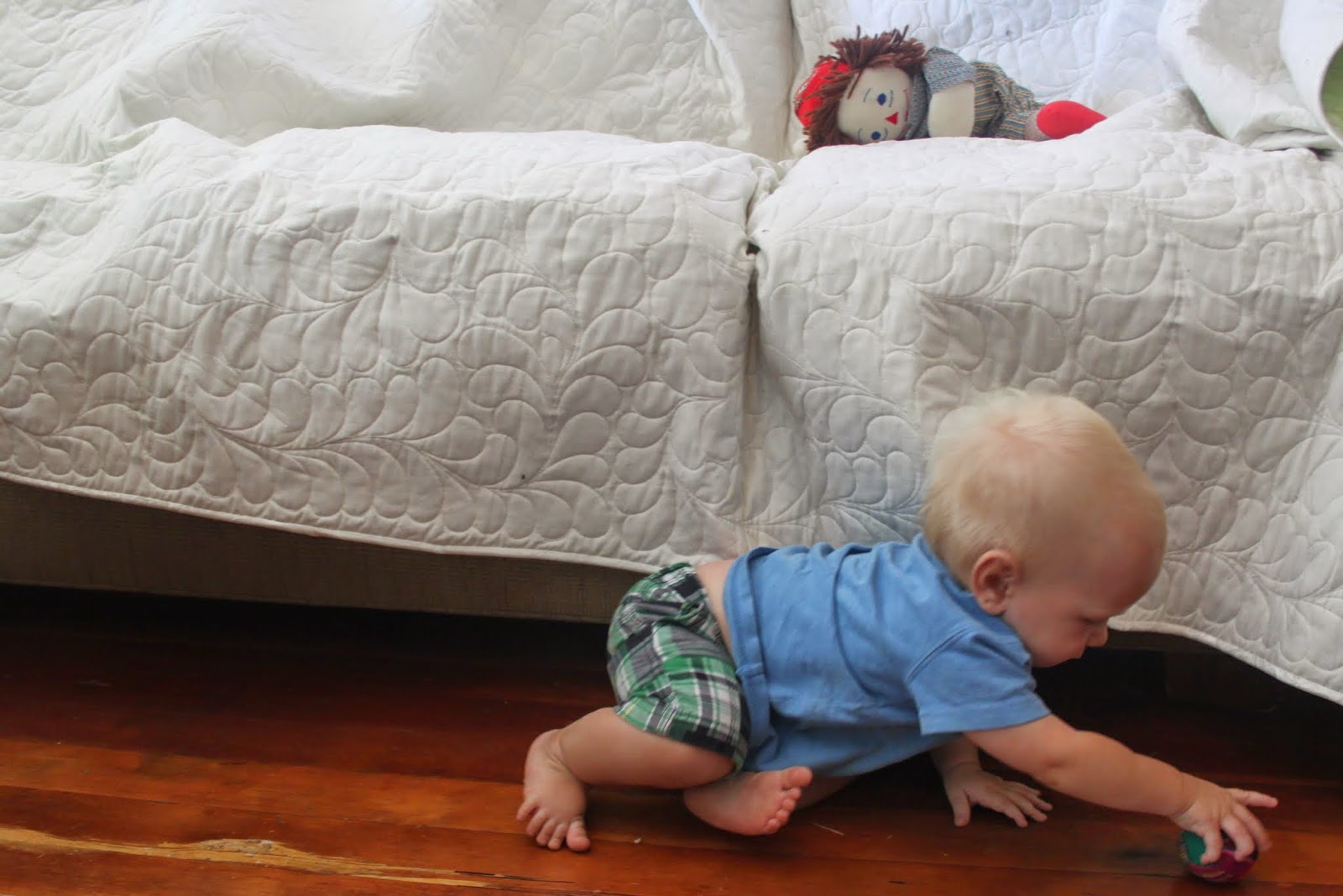 Apparently the baby mullet is in our DNA.  Mavry had one and Eliel's seems to be making its appearance even earlier.  Colin is holding firm on the no haircut until 2 years old so we will see what happens with that!

Catching up on the posting again! I managed to get a few photos on Eliel's 10 month birthday, but didn't look at them til recently and only then realized there aren't really any good ones! 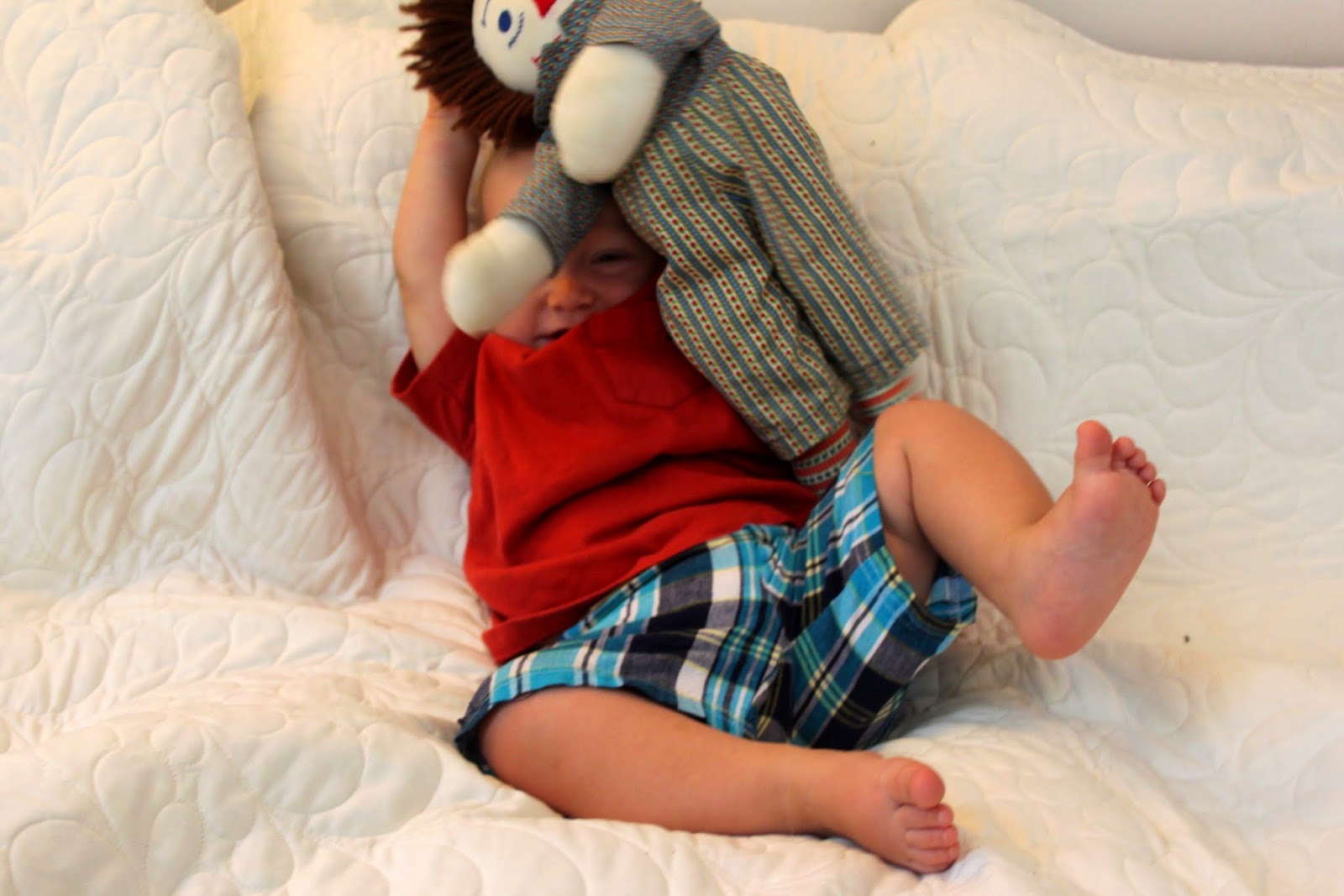 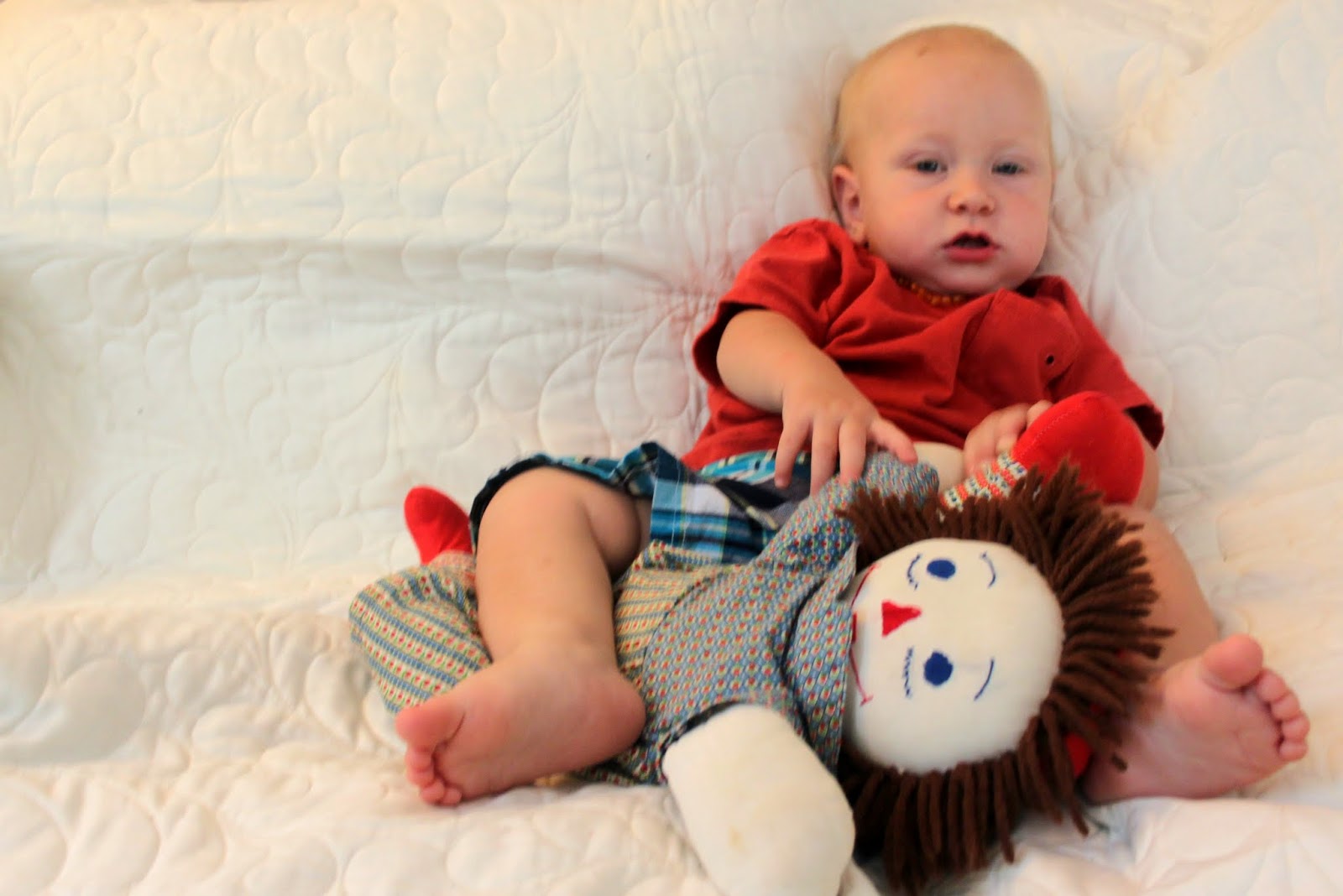 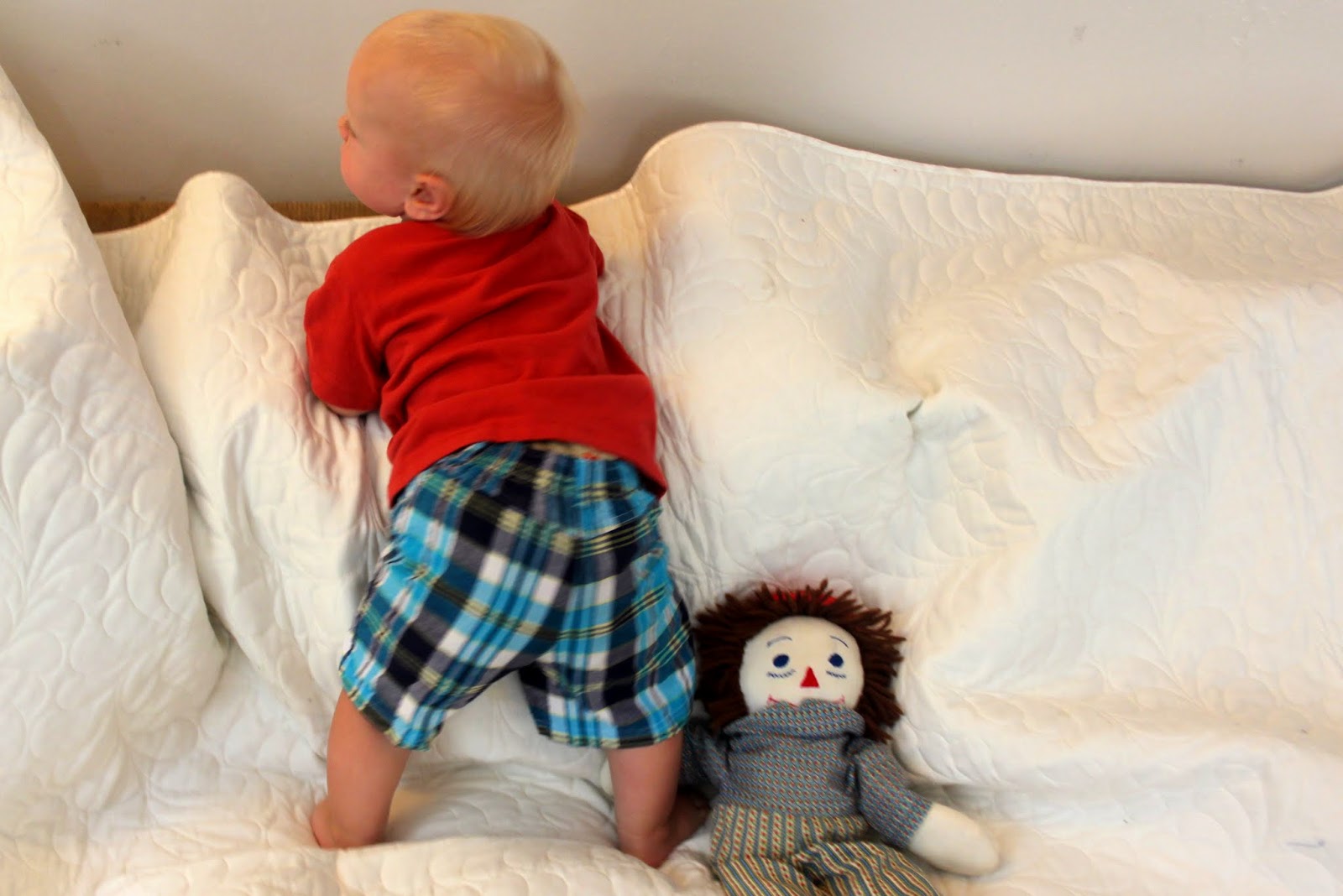 He took his first step on his 10 month birthday and it's harder and harder to get a picture of him sitting still. 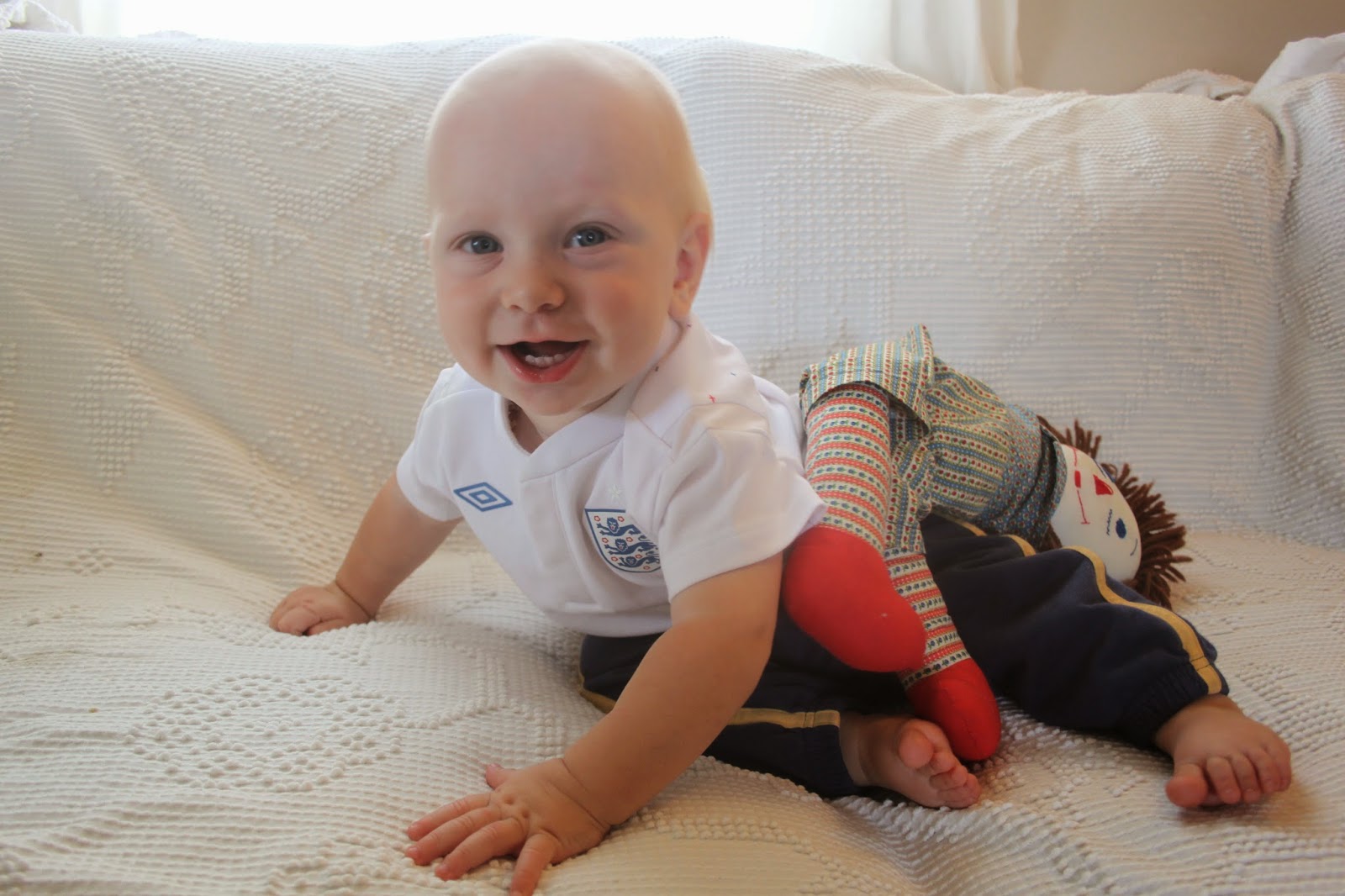 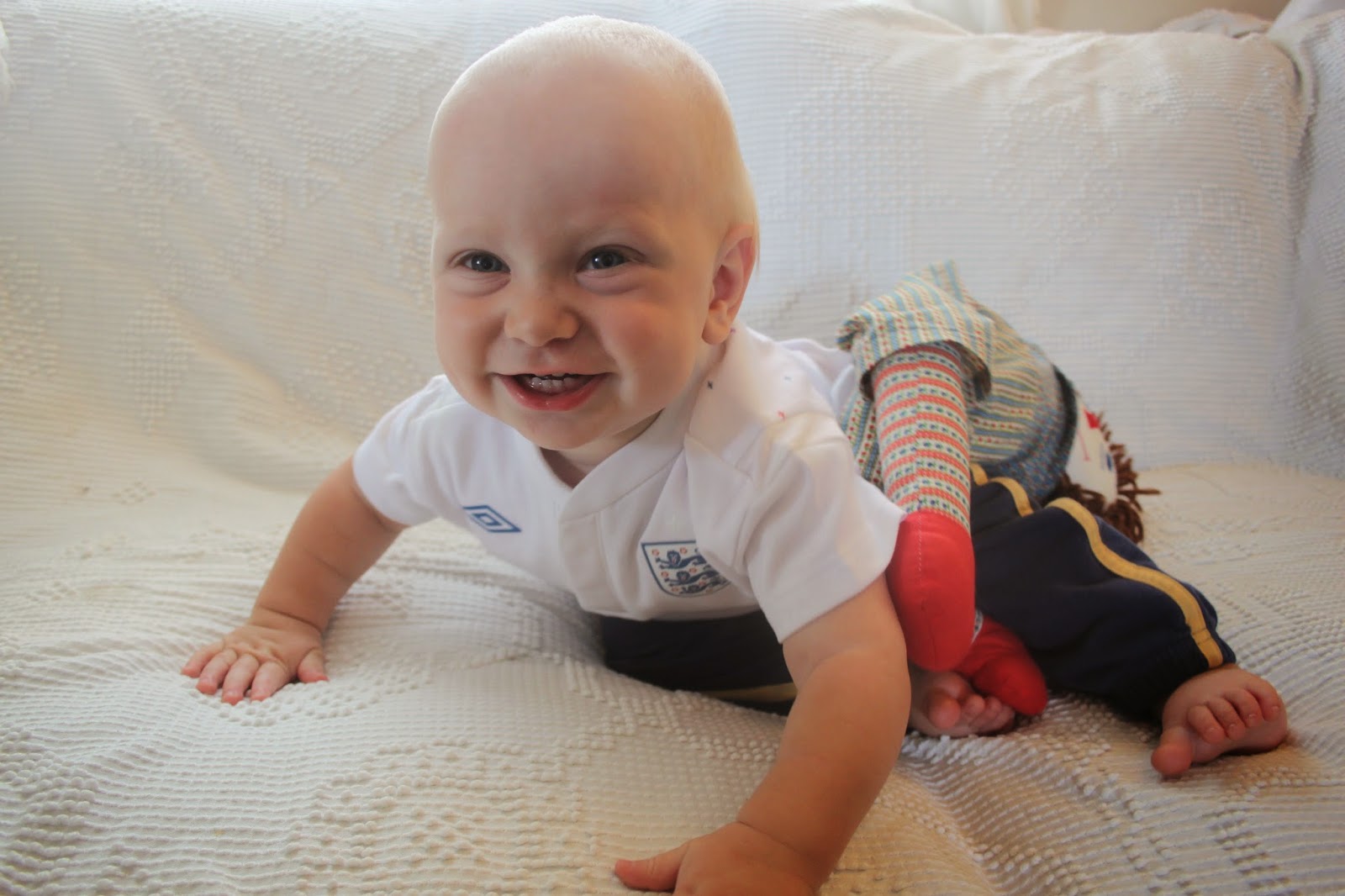 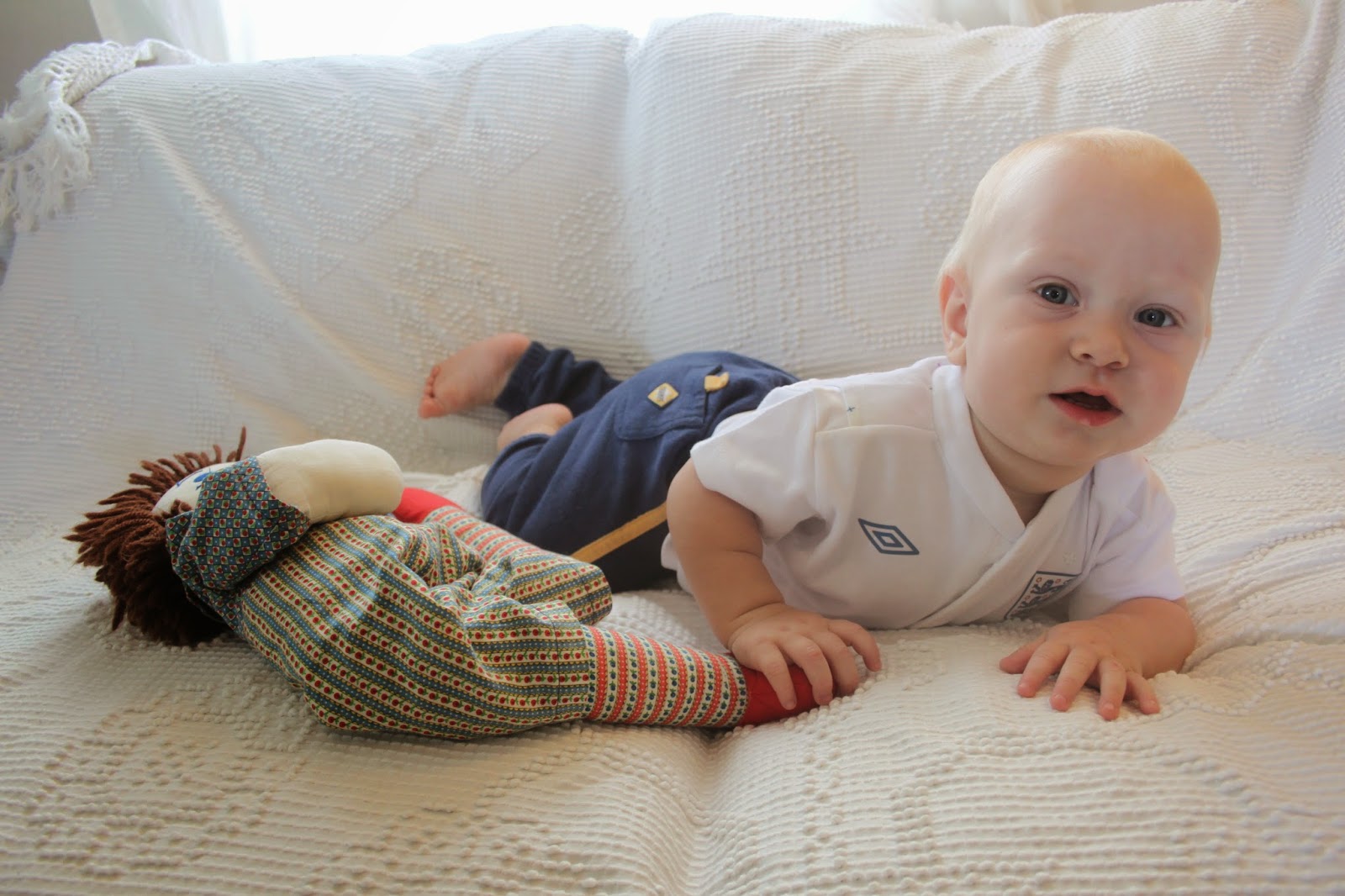 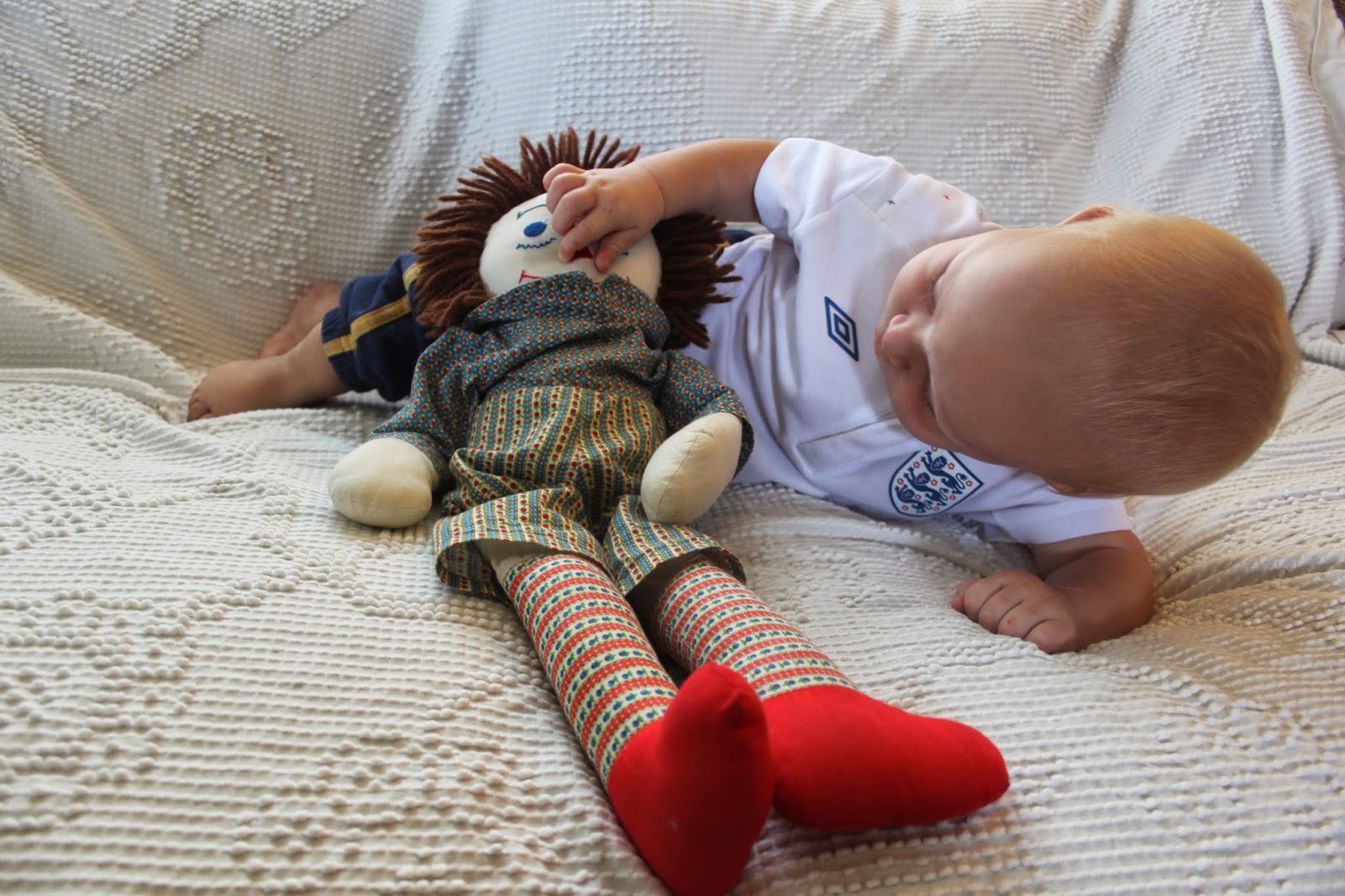 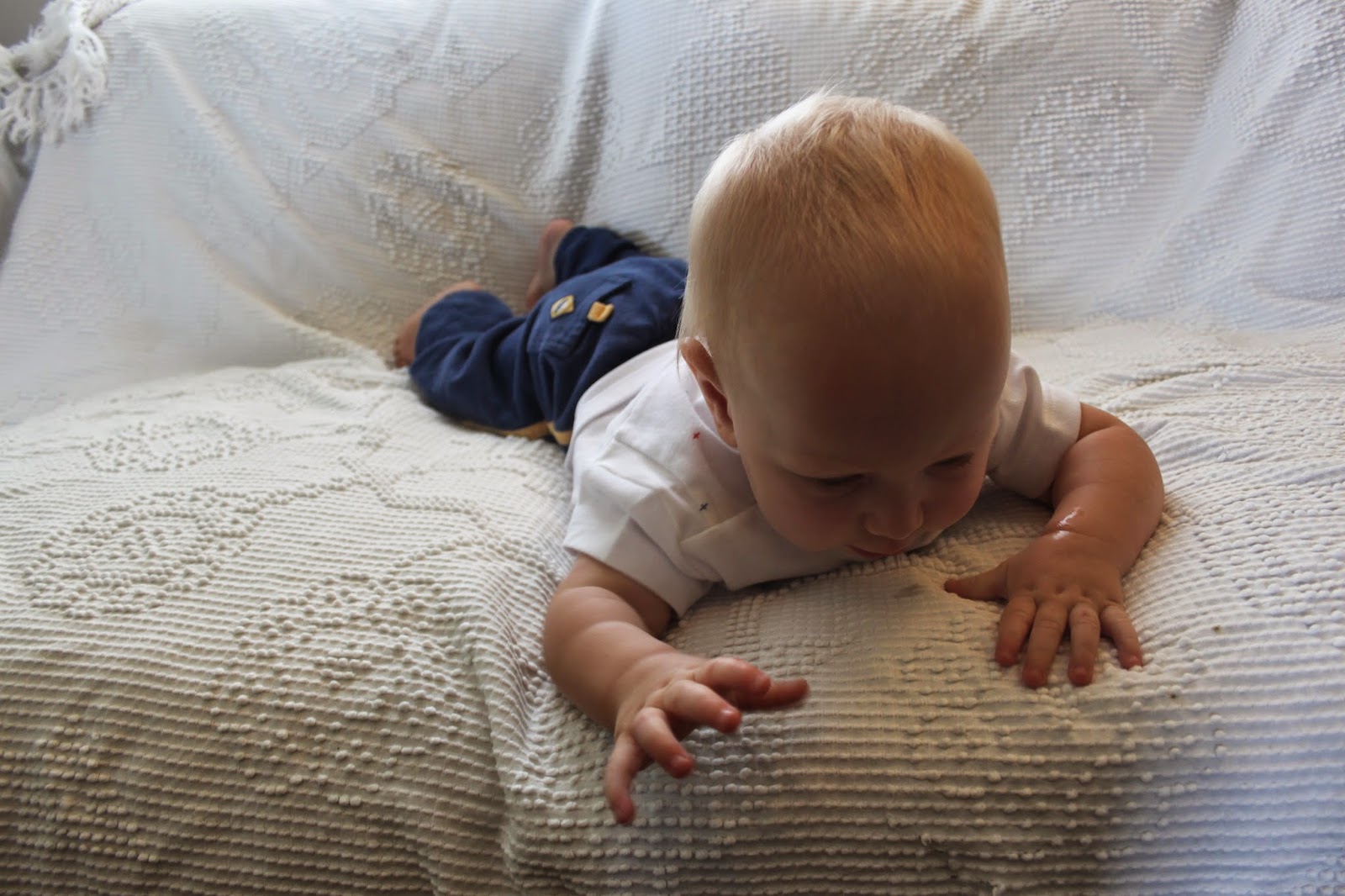 Eliel turned 9 months on Tuesday! The 9 month birthday feels significant since he has now been with us as long as he grew inside me.  He's wearing a hand me down soccer jersey this week for the World Cup.  :)

Eliel has been to a few splash pads in the past month and been swimming once.  He seems to really enjoy the water.  He is making even bigger messes than before (I didn't think this was possible) while eating with us at the table.  He is getting a kick out of our instrument basket, carrying around maracas and the egg shaker, and he also enjoys making everything into a drum.  His favorite item to hold on to as he scoots around the house is still Mavry's brush, though.  He is still going strong with his belly crawl, but he has shown us that he will lift up his belly and do a proper crawl if he is outside on the grass, on the hot front porch, or at a playground with a rough surface.

Still slowly going through some videos from my archives.  This is a cute one taken one morning alone with the babies.  I think Eliel was only about two weeks old here and Mavry looks so much younger too!  I guess 8 months makes a lot of difference!

Posted by Unknown at 9:51 AM No comments: 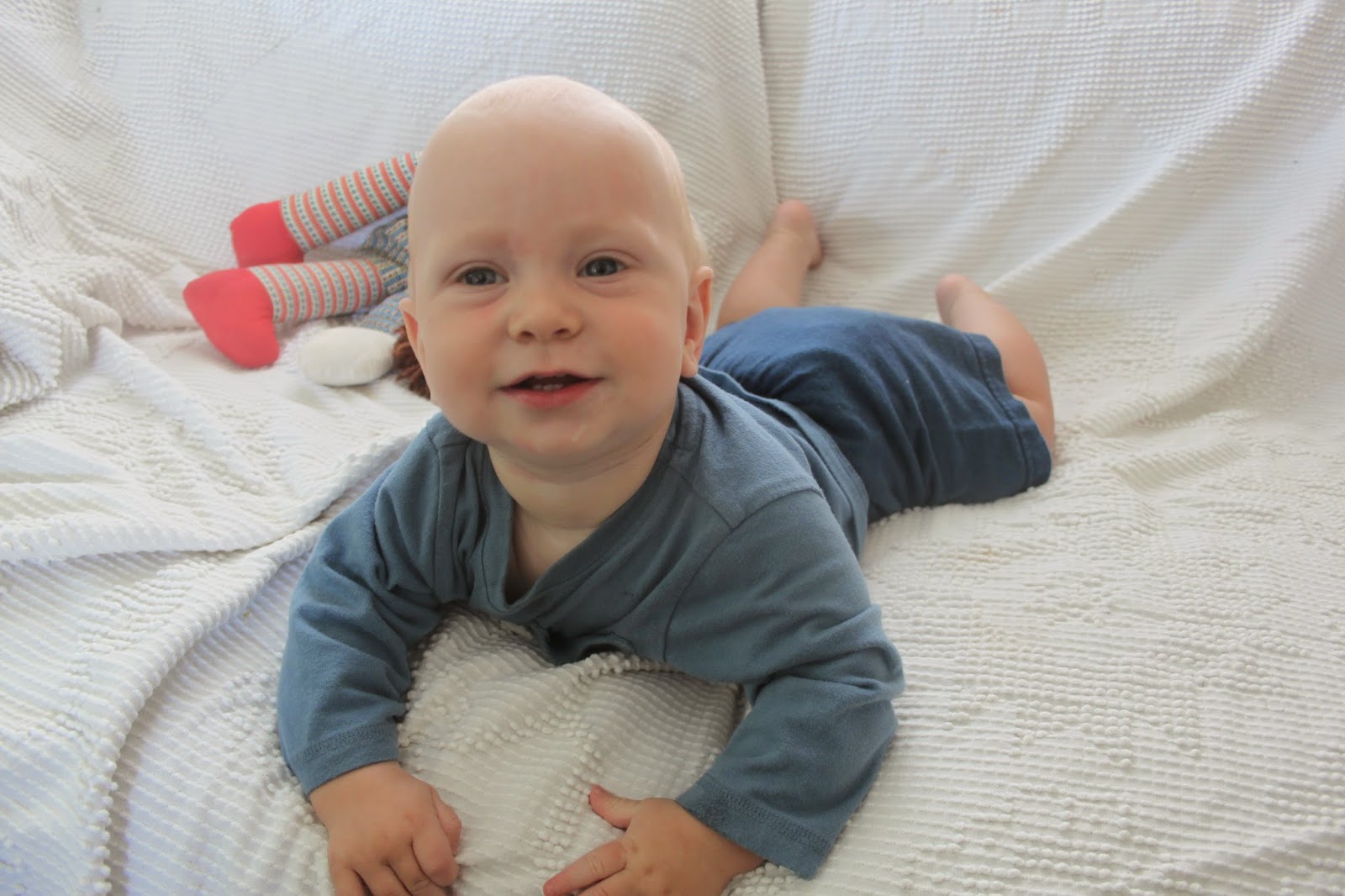 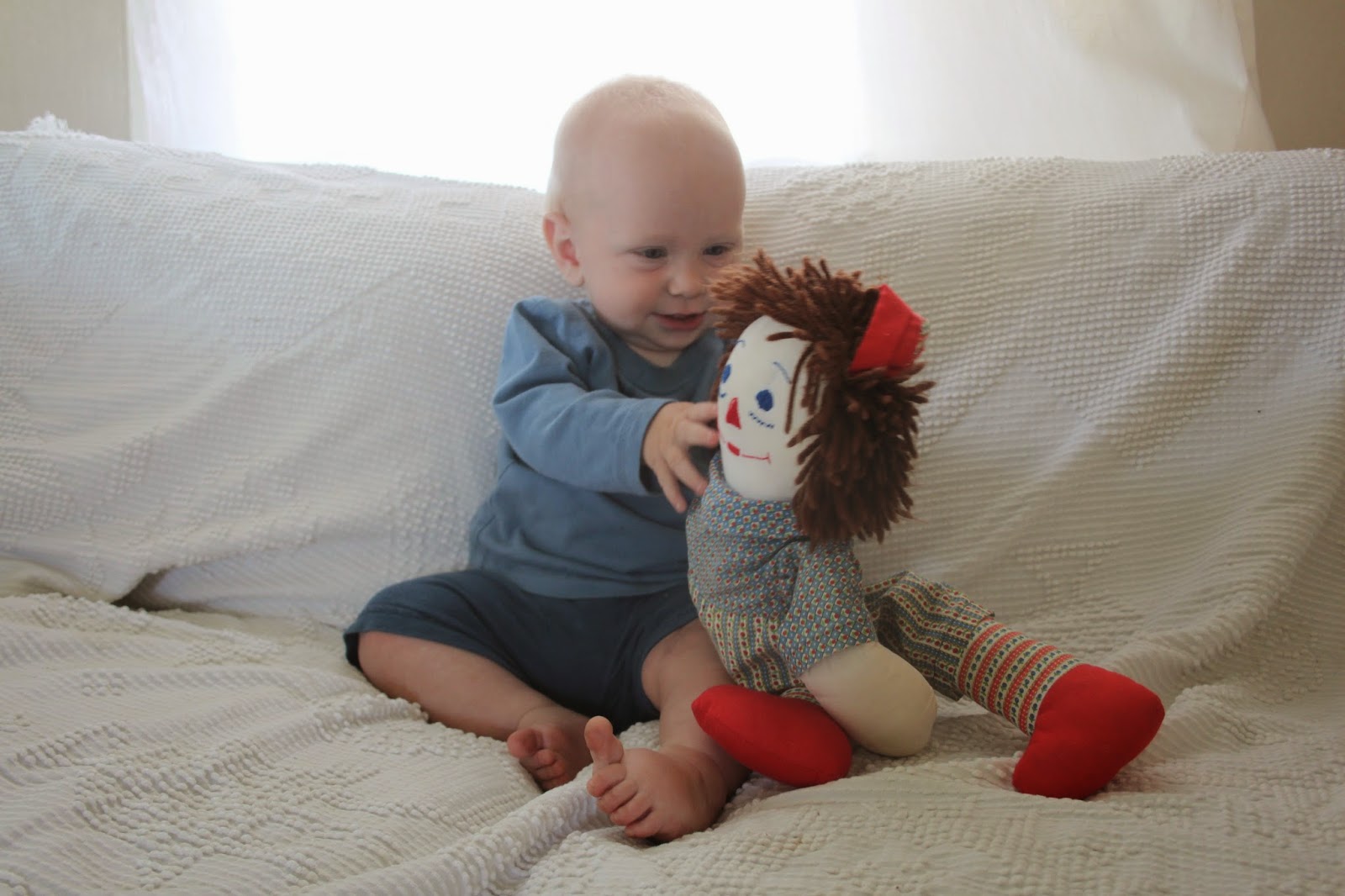 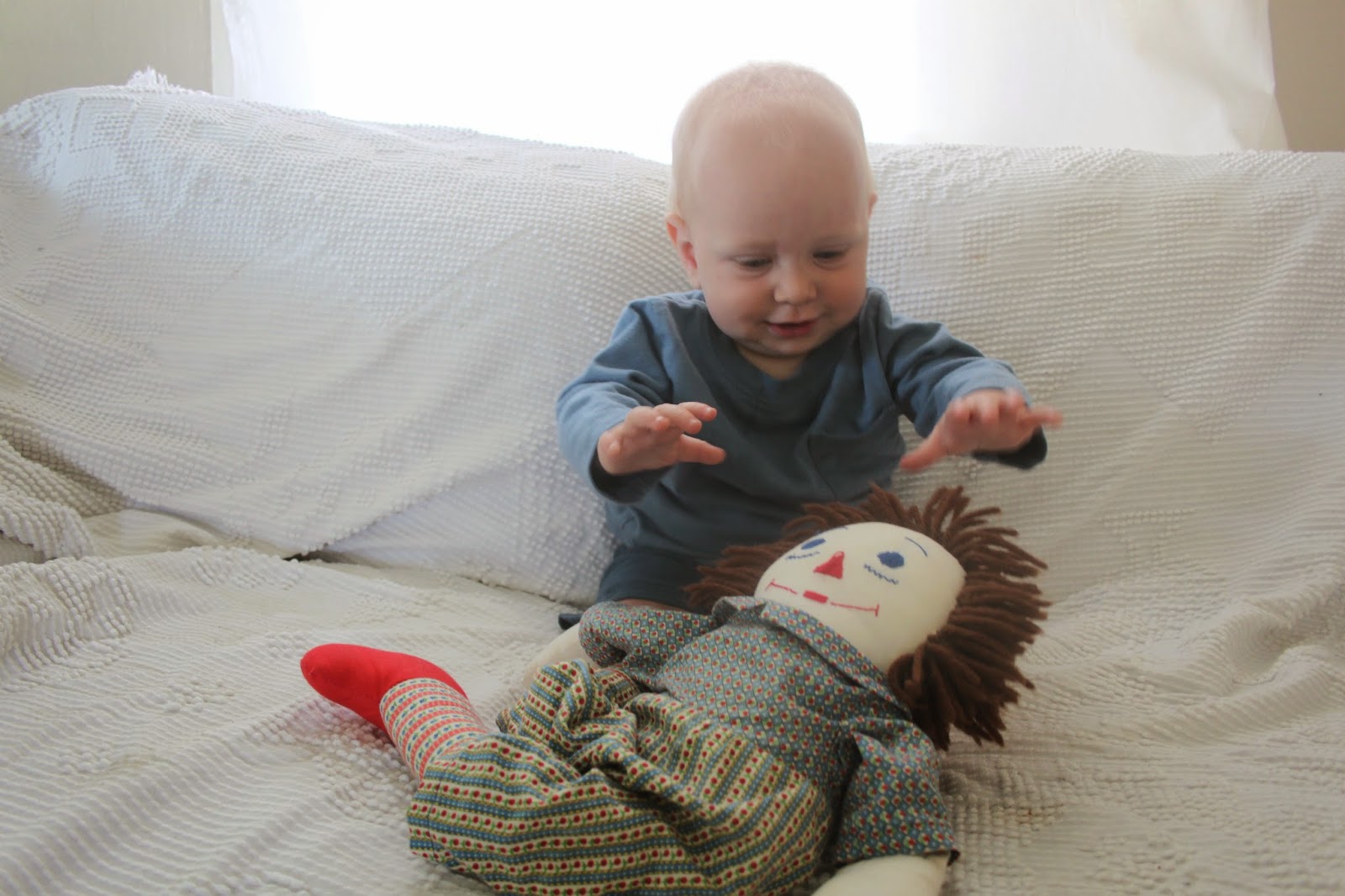 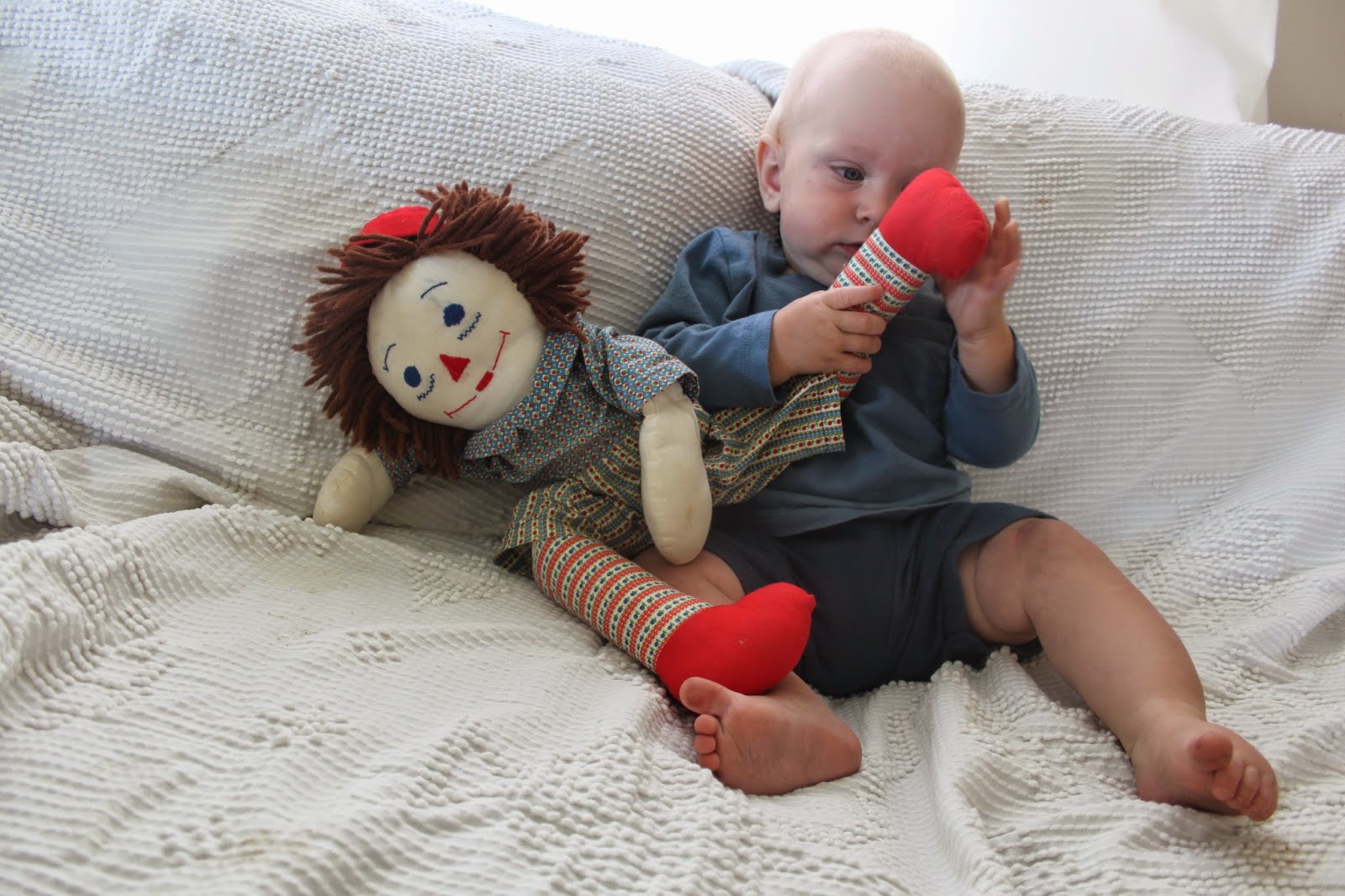 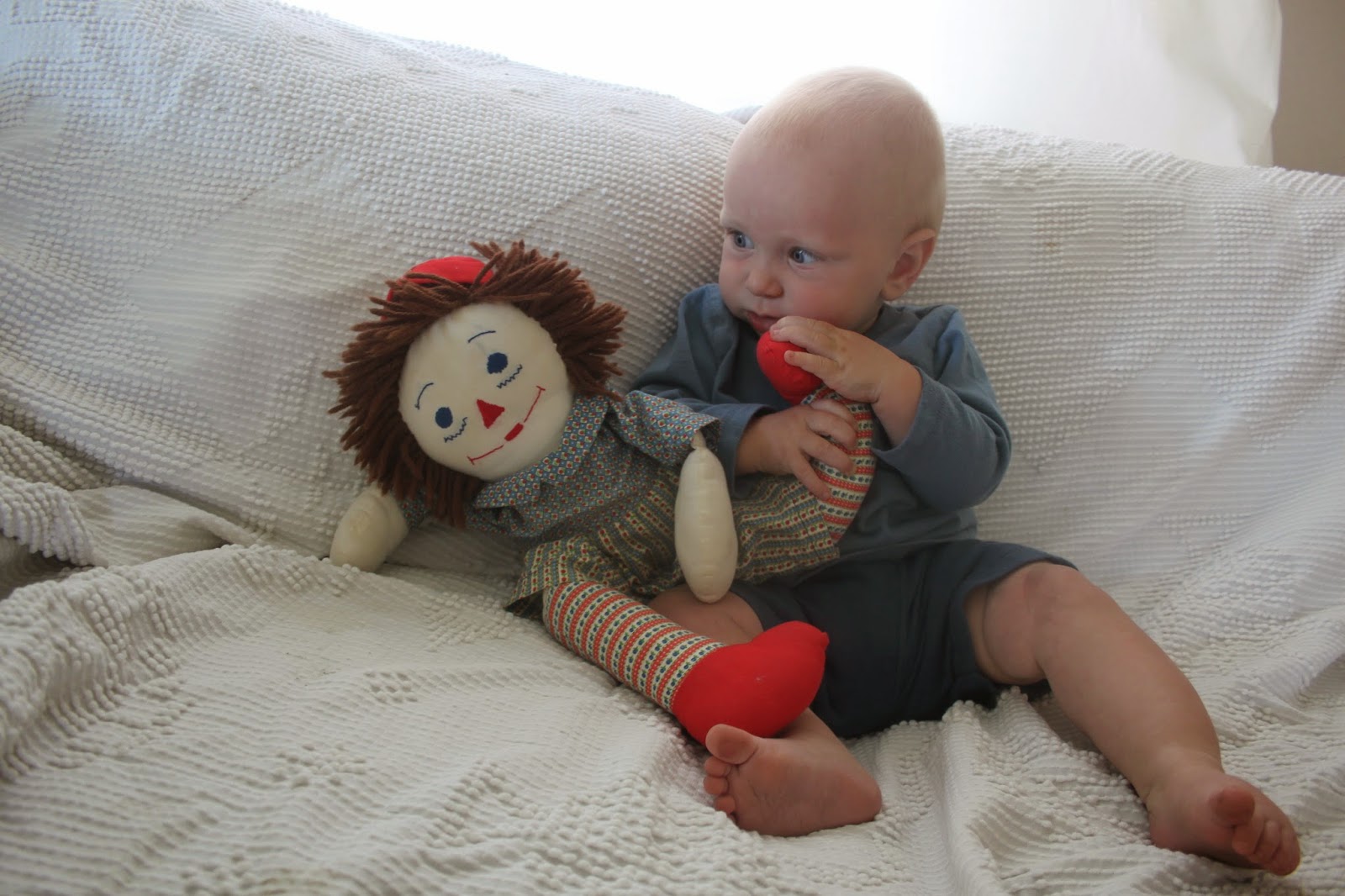 This cutie is cruising and doing some standing on his own if distracted by a toy in his hands.  He is smiley and loves laughing with Mavry.  His current favorite toys are the hairbrush he takes from the top of Mavry's dresser and the magnatiles he gets from the toy shelf.  He also likes to find the sippy cup near Mavry's bed and suck on it happily.